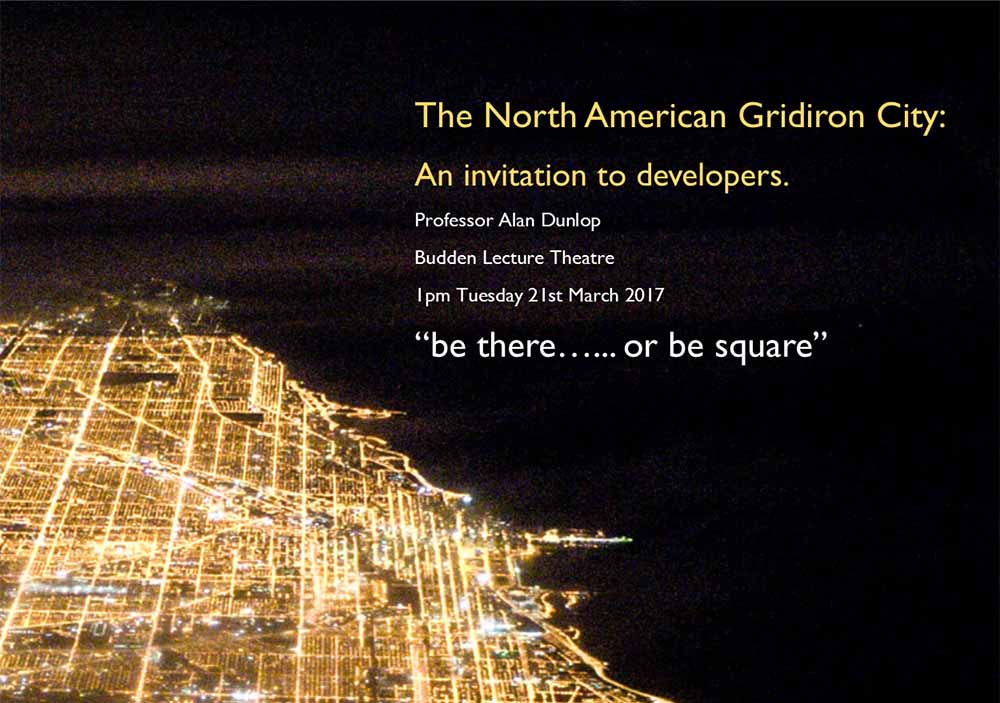 The North American Gridiron City:
An invitation to developers

There is a aura surrounding the idea of the grid in architecture. An architectural touch stone and a means of creating a "place" that has somehow been handed down from some universal planner creator when really the purpose behind the grid and development of the grided city has much more prosiac origins. From the development of perspective in art in 15th Century Italy to the rapid colonisation of North America. In this lecture, Alan Dunlop will explain how it came to be, what influence it has in cities like New York, Boston and Chicago and why it did not work after 1666 and the Great Fire London. He will also talk about Robert Moses, Jane Jacobs Daniel Burnham and Louis Kahn.