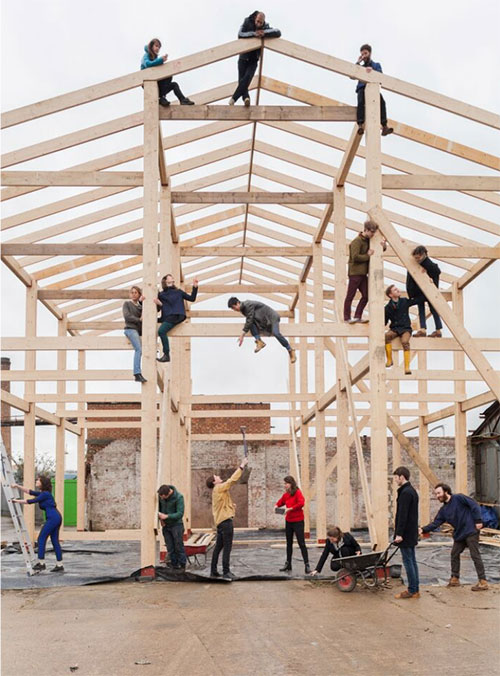 ‘Assemble are a collective who work across the fields of art, architecture and design. They began working together in 2010 to undertake a single self-build project The Cineroleum, and have since gone on to deliver a diverse body of work across a variety of scales. Assemble’s working practice seeks to address the typical disconnection between the public and the process by which places are made. Assemble champion a working practice that is interdependent and collaborative, seeking to actively involve the public as both participant and collaborator in the on-going realization of the work. This year they became the first design practice to be nominated for the Turner Prize.’