The initial concept is loosely based upon the existing shelf pessary that is currently used to treat utero-vaginal prolapse. The aim was to find a way of atraumatically inserting this relatively large transverse platform into the birth canal with minimal invasiveness. The standard for this was the Cusco’s Vaginal Speculum, which is used to inspect the upper vagina and cervix, most commonly as part of a cervical smear. Both of these are represented in the image below. 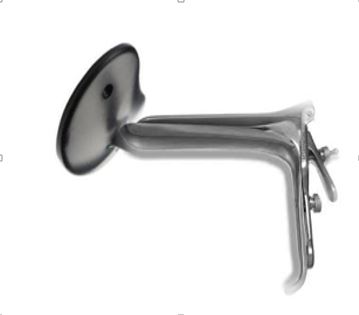 The black circular piece to the left of this photograph is a shelf pessary and the other instrument is a Cusco’s Vaginal Speculum.

The vagina immediately after delivery is however not in its usual state as it has just been widely distended by the passage of the fetal head. Immediately postnatally, therefore, the vagina is relatively distended and loose making it easier to admit a device.

The PPH Butterfly is intended as a one-piece injection moulding with living hinges. It is moulded in an ‘open’ position with arms widely apart. For insertion it is folded flat, and then opened up by sliding the handles together for use. This moves the platform into a transverse position, supported by two arms in a equilateral triangle below. When deployed, both handles come into locked apposition and are held tightly with the grasp of the fingers. 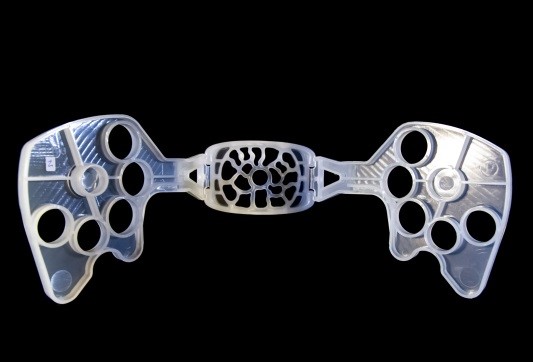 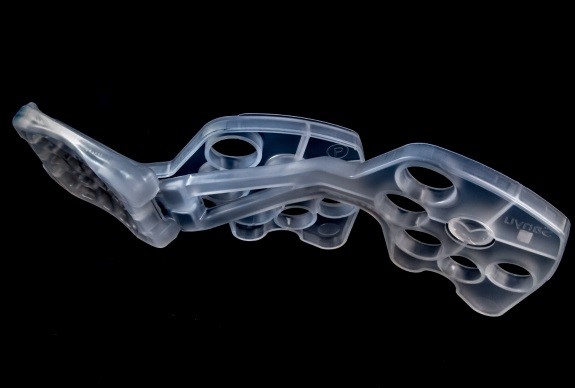 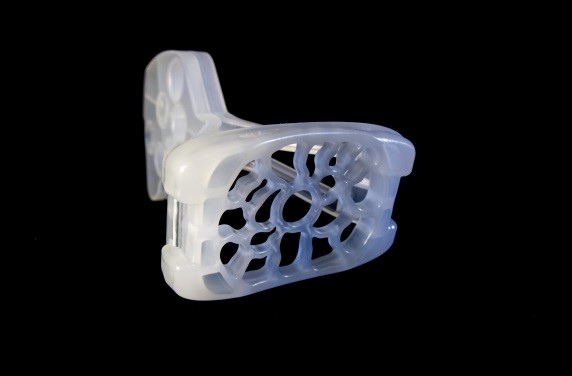 The platform of the device acts as a surface against which the uterus can be compressed, and is strong enough to support 100kg of pressure. However, it also needs to have large perforations in it so as to allow blood and small clots to flow through it.

‌In order to aid the ease of insertion and minimise any potential trauma to women, the device edges have been rounded as much as possible. A plastic was also selected for manufacture that had a smooth surface, and could be lubricated with one of the water-soluble gels commonly used in hospitals (e.g. KY Jelly). 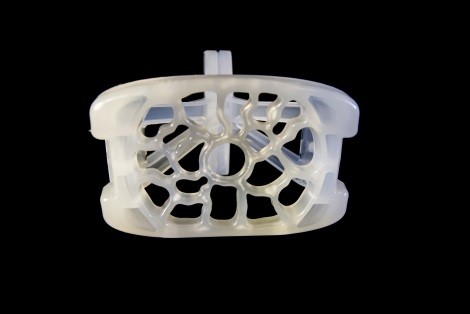 As is typical with injection moulded plastic, the device will have ‘living hinges’. This is a section of the device between the platform and the arms where the plastic suddenly narrows to 2mm thickness, thus producing a natural point at which the device will crease. This allows the device to be moulded in a single part, reducing its complexity and price. 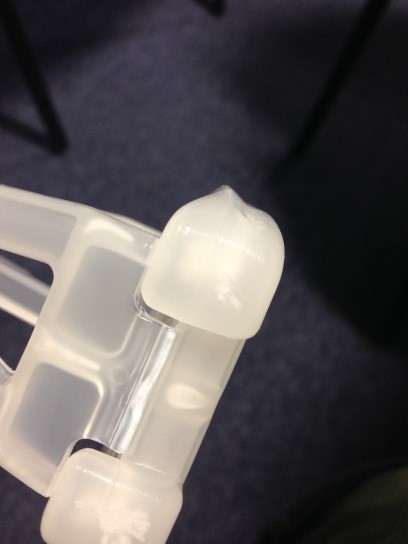 The addition of finger holes to the handle of the device came from the device initially having a solid handle. Concerns were raised as to the difficulty and discomfort that would be experienced when having to grip the previous handles for the length of time that would be necessary to compress the uterus effectively. The solution came with the inclusion of 5 finger holes for the user’s fingers to go through to grip the PPH Butterfly securely.  The inclusion of the finger holes allows for variation in the way that the device can be held by the user, and in turn a slight difference in the way the way the device is operated. 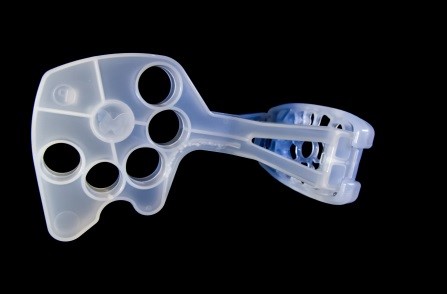 A material had to be chosen that is suitable for internal use in women, along with being robust, smooth, and economical. The material chosen was Poly Propelene, specifically a medical grade of Poly Propelene, PPM H250.