Why study with us?

One of the reasons I chose to study at the University of Liverpool was because of the range of expertise in the Department of Communication and Media. My own research covers video games, film studies, and cultural theory and there are experts in each here. This has been invaluable to my studies. 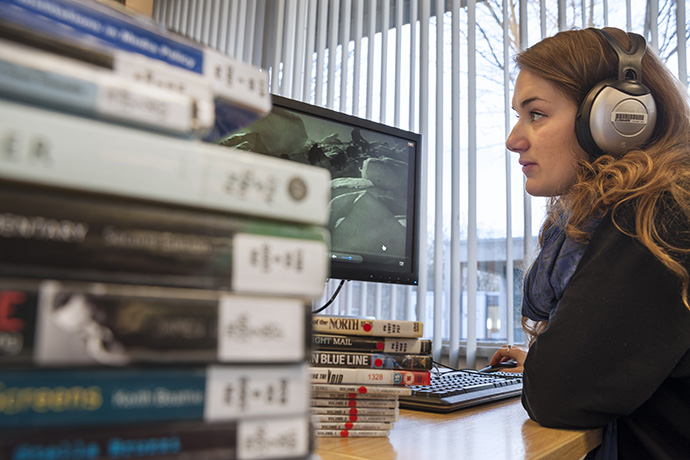 The department prides in its ability to embrace the study of communication and media in an inclusive and comprehensive manner. From political communication to discourse and culture, from heritage industries to media and entertainment, from film and television to social media, the Department of Communication and Media has been providing cutting edge research that links strongly with most key areas of inquiry in this major field of studies.

Research in Department of Communication and Media, University of Liverpool, is conducted within four research clusters which share common interest in critical, interdisciplinary analysis of a variety of modes of mediated communication across social spaces and fields.

The Culture, Space and Memory research group brings together ideas and intellectual orientations on the cultures, practices and spatial dispositions that inform transdisciplinary approaches to media and communication in the digital age.

The Discourse & Society research group looks at how language and discourse – in traditional/social media, politics and the wider public domain – act as vehicles of social change as well as carriers of relationships of power and inequality in contemporary societies.

The Media, Politics and Society research cluster deals with critical analysis of media outputs and journalism from the perspectives that highlight political agendas, assess the impacts on marginalised groups, and foster understandings of human rights.

Finally, the Screen & Film Studies research cluster focuses on film and television studies, with the study of digital screens that cut across various media sectors emerging as a third key area of expertise.

We particularly welcome research proposals that match those of our researchers, including:

Our research themes are:

We can offer you:

⦁ Excellent library facilities
⦁ Opportunities for interdisciplinary inputs if you're pursuing a research degree
⦁ High quality research methods training
⦁ A regular programme of communication and media seminars open to everyone
⦁ An annual PGR conference, usually held in May, for research students. This is open to all.

The fees stated in the table above exclude potential research support fees also known as ‘bench fees’. You will be notified of any fee which may apply in your offer letter.

* Please note that if you are undertaking a PhD within the Faculty of Science and Engineering the fee you pay, Band A or Band B, will reflect the nature of your research project. Some research projects incur a higher fee than others e.g. if you are required to undertake laboratory work. You will be informed of the fee for your programme in your offer letter.

^ Self-funded, full-time international students studying a PhD programme classified as Band A will receive a £2,000 reduction in their fees for the first year only.

The department offers postgraduate degrees, both taught and by thesis and has specific policies towards international students and those wishing to study part time. The department fully embraces the University’s Equal Opportunities strategy and works closely with the Student Welfare and Disability Team, the International Office and the English Language Support Unit, to provide appropriate facilities for students with additional needs including English language support and adaptive and assistive technologies.

Candidates wishing to be considered for registration onto one of our higher degrees should possess a good Honours degree (2:1 or equivalent).

Research degree applications can be made online.  You'll also need to ensure that you have funding to cover all fees.

Applications are open all year round.

More about applying for research degrees

Formal applications are made online and are open all year round. Before you submit a formal application we strongly recommend you complete this form for an initial evaluation of your proposed project and its compatibility with the research interests of our staff.

If you require further information, you can contact the Departmental Director of Postgraduate Research Dr Franco Zappettini Email: Franco.Zappettini@liverpool.ac.uk

Doctoral Training Partnerships support future researchers with funding and a rewarding learning environment where you can collaborate with leading researchers.

We offer a range of scholarships to help you meet the costs of studying a research degree.