Most disadvantaged disproportionately at risk of alcohol-related violence 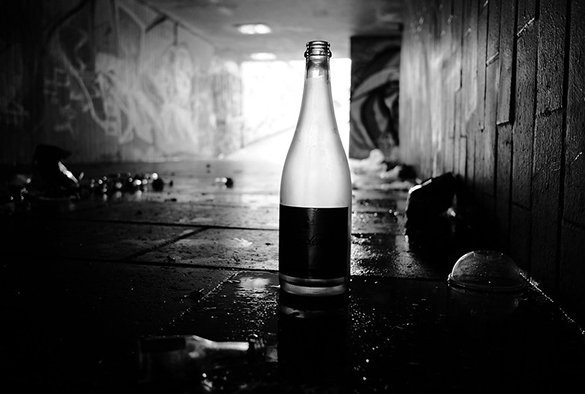 New findings show that alcohol-related violence affects the poorest in society to the greatest degree, with the most deprived groups experiencing as much as 14 times as many incidents of alcohol-related domestic violence every year, compared with the least deprived.

These findings from Lucy Bryant at the Institute of Alcohol Studies (IAS) and Dr Carly Lightowlers in the University of Liverpool's Department of Sociology, Social Policy and Criminology, published in PLOS ONE, depict the stark differences between socioeconomic groups experiencing alcohol-related violence in England and Wales.

More than this, however, it was found that many other risk factors for experiencing violence – including a person’s age or spending more time in pubs and clubs, amongst others – could not account for the inequalities in victimisation seen. For example, controlling for other risk factors for victimisation, those from lowest socioeconomic groups were as much as three and a half times as likely to experience alcohol-related domestic violence as the most well-off.

This work has taken on new urgency in the current climate, as reports of domestic violence incidents have risen dramatically under the ongoing Covid-19 restrictions, alongside a shift to home drinking.

Lucy Bryant, IAS Research and Policy Officer, said: "Alcohol-related violence accounts for two fifths of all violence in England and Wales today, and it is the most deprived groups bearing this burden to the greatest extent. It is vitally important policymakers take action to address not only this disparity in victimisation, but the structural drivers that lie behind it."

Dr Lightowlers said: "This study represents a notable contribution to our understanding of the unequal burden that alcohol harms place on the lowest socioeconomic groups. Whilst we have known that violence and alcohol-related health harms disproportionately affect those who are more disadvantaged, this study lays bare the specific socio-economic distribution of alcohol-related violence for those concerned with public health, licensing and crime prevention to consider."

The paper concludes with a call to remove barriers to support services for those from the most deprived communities, including substantial improvements to the provision of publicly funded domestic violence services. The report also recommends investigating population level pricing interventions – such as minimum unit pricing – for its potential to disproportionately benefit the most deprived groups.