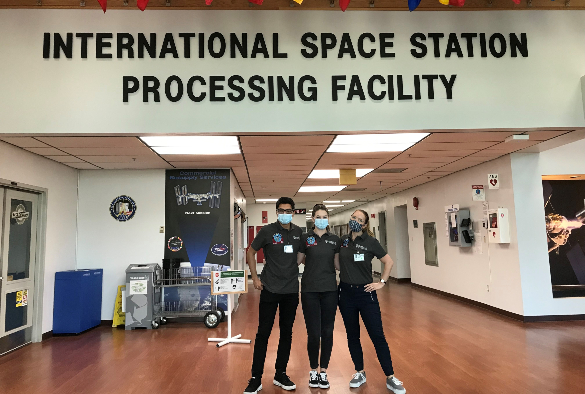 University of Liverpool research is set to be launched into space to help tackle the effects of ageing.

Scientists from the University’s MicroAge project are making final preparations to send laboratory-grown muscle cells up to the International Space Station (ISS) to carry out a series of experiments in microgravity.

The findings from the UK Space Agency-supported study will improve our understanding of the way muscles fail to respond to exercise in older people and in astronauts in space.

It is estimated that by 2034, 23% of the UK population – estimated to be around 15 million people – will be over 65 years of age. Physical frailty is a major factor affecting the ability of individuals to maintain independence and is primarily due to age-related loss of skeletal muscle mass and function.

Professor Anne McArdle from the University’s Institute of Life Course and Medical Sciences, explains: “Identification of the underlying mechanisms responsible for this loss of muscle mass and strength with age has been the subject of our research for a number of years. Astronauts in microgravity lose their muscle mass and strength at an accelerated rate compared with older people on earth, providing a unique model to rapidly determine the mechanisms underlying muscle loss not only in astronauts, but with relevance to older people on earth.” 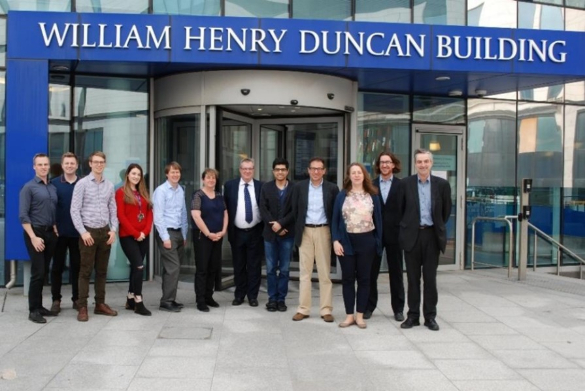 MicroAge is an interdisciplinary collaboration between physiologists, biochemists, mechanical and electrical engineers and fluidics experts at the University of Liverpool, the UK and European Space Agencies and Kayser Space Ltd. MicroAge has an extensive outreach programme which has included a competition for children and young adults to design the official MicroAge Mission patch.

Twenty-four self-contained experimental units containing ‘mini muscles’ grown from human muscle cells will be sent up to ISS, each adorned with a different “mission patch” designed by competition entrants.

Some of the muscles will be electrically stimulated to ‘exercise’ while others will be exposed to increased amounts of protective heat shock proteins, which the Liverpool team have previously shown provide protection against age-related muscle wasting. At the end of the experiment, the muscles will be frozen and returned to earth where the researchers will undertake further analysis.

The MicroAge team has had to overcome a number of challenges in the three-year build up to the mission, primarily related to the space constraints on the ISS and the limited astronaut time.

Dr Samantha Jones, the senior postdoctoral fellow working on the project, explains: “In our labs, the electronic equipment necessary to undertake these studies fills a large desk. The biggest challenge was to miniaturise this to the size of a pack of cards. Maintaining the viability of the muscles for prolonged periods of time in a small, sealed unit was also a major challenge. The muscles need to survive the potential changes in temperature, vibration and G-force during launch and so detailed testing of the muscles has been critical.” 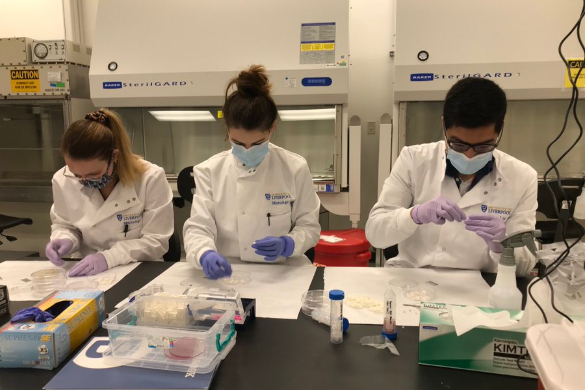 The MicroAge experiment will be sent up to the ISS on SpaceX 24, which is scheduled for a launch attempt on 21 December.

Scientists from the Liverpool team have travelled to the Kennedy Space Center in Florida to grow the muscle cells for the experiments and to support the final preparations for the launch.

Project lead, Professor Malcom Jackson, said: “It is amazing that the launch day is finally almost here. The team has worked hard on this project for over 3 years. Support from the Institute, University, UK and European Space Agencies and Kayser Space Ltd has been fantastic and our outstanding University science team has really driven the project forward through all of the unanticipated problems associated with lock-down and COVID. We will not be able to evaluate the results of the scientific study until we receive the muscle samples back from the ISS, but seeing this University of Liverpool experiment launch to the ISS on top of a Falcon 9 rocket on 21 December is already going to be a fantastic, exciting tribute to the MicroAge team.”

Live coverage and countdown commentary will begin at 9:45 a.m GMT on Tuesday, 21 December on the NASA website and social media channels.

Tune into the latest episode of the Scouse Science Podcast to hear more about the MicroAge project from Professor Anne McArdle.

Download the official MicroAge Mission app for Apple and android. 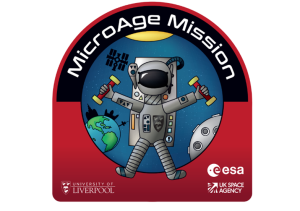 The overall winner of the children’s competition was nine-year-old Jessica Barry, from Wiltshire, whose design is now the official MicroAge mission badge.[/caption]