Each year in the European Scientific Institute (ESI), the Joint University Accelerator School (JUAS) trains under- and post- graduate students from the partner universities, one of which is the University of Liverpool.

Along with the other 32 students from 12 different countries, Lina was involved in the design of a synchrotron light source, for which she studied the tolerance in the dynamic aperture, that is, the tolerance on particle shifting. 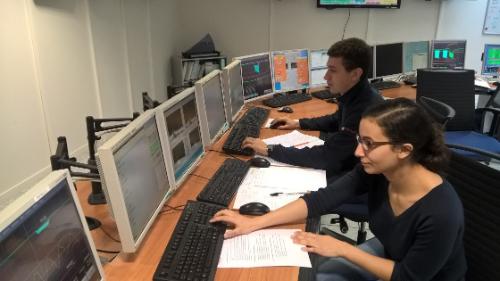 Lina was selected, with Andrii Natochii, PhD student in the LAL laboratory (Orsay, France) to run some experiments on February, 6th, on the SOLEIL synchrotron. In the control room, they studied the effect on the closed orbit of a dipolar field error, as well as measuring the betatron tunes of the synchrotron. They played with the beam the whole morning, so lucky!