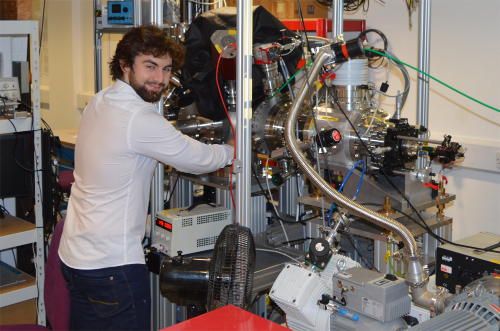 We would like to introduce Edward Martin, one of the latest cohort of PhD students to join the Quasar group in October. His higher education began with a Bachelor’s and Master’s degree in Physics from the University of Liverpool, England. For his Master’s thesis, he investigated the theory behind an experiment proposed by Professor Jacob Bekenstein attempting to probe the characteristics of space-time at a quantum level.

Edward will be based at the Cockcroft Institute, where his work will be centered on the application of a non-invasive beam profile monitor, following the research of former Quasar member Vasilis Tzoganis. 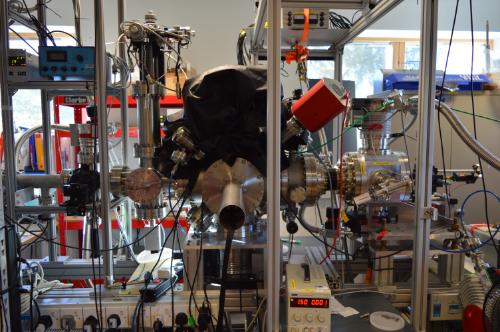 The prototype gas jet monitor in place at the Cockcroft Institute.

The project implements the use of a collimated supersonic gas jet as a beam ionization monitor. The jet is shaped into a curtain and crosses the beam path at an angle, the ions produced from the interaction of the particle beam and the gas are collected allowing a 2-dimensional profile of the beam to be generated. In this way the beam can be monitored without any significant effect on its quality. Many techniques for beam monitoring may prove difficult at the HL-LHC and it is hoped that this will be a viable method for running beam diagnostics, with Edward as part of the motivational force behind it.