A precise measurement of absolute beam intensity is essential for many experiments. It is a key parameter to monitor losses in a beam and to calibrate the absolute number of particles delivered to the experiments. However, this type of measurement is very challenging with traditional beam current diagnostics when it comes to low energy, low intensity beams due to the very low signal levels. 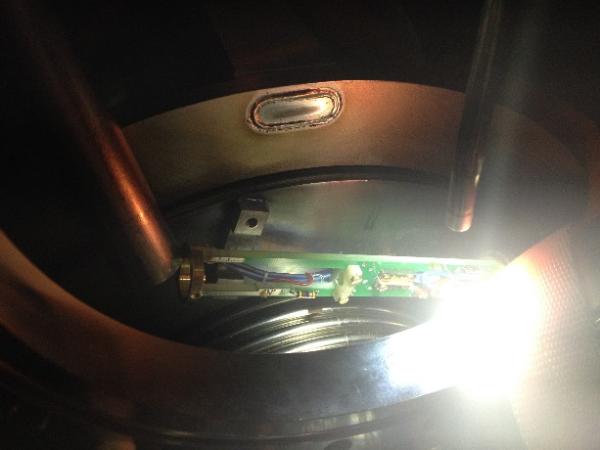 Close up of the CCC and the cartridge holding the SQUID sensor already installed inside the cryostat.

Particle accelerator experts from the QUASAR Group have now experimentally demonstrated a new type of monitor in collaboration with CERN, the GSI Helmholtz Centre for Heavy Ion Research and Friedrich Schiller University and Helmholtz Institute Jena.

In an open access paper just published in the IOP “Superconducting Science and Thechnology” journal, QUASAR Miguel Fernandes and co-authors describe the challenges of implementation and first beam measurements. These are the first-ever CCC beam current measurements performed in a synchrotron using both coasting and short bunched beams. The paper demonstrates the exciting prospects of this new type of beam diagnostics device.