Quasar member Vasilis Tzoganis travelled to the North this week to visit the Physics and Technology Department of Bergen University in Norway. The nanophysics group there has developed a molecular beam apparatus called NEMI after the previous prototype (MaGiE). Such instruments use very well collimated neutral helium beams to probe surface structure of various materials operating like a microscope.

The basis of that instrument relies on the generation of intense and monochromatic molecular beams focused by photon sieves. There is an overlapping interest with the Quasar groups’ activities that rely molecular beams to characterize charged particle beams from accelerators. 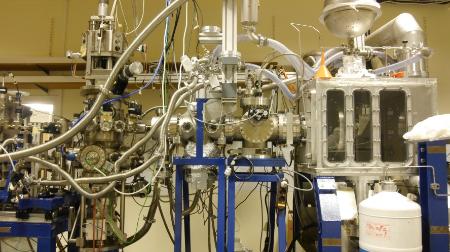 Over the course of three days, fruitful discussions took place and future plans were examined regarding the use of photon sieves as focusing elements for molecular beams other than helium. Tightly focused molecular beams with a diameter of a few microns can be used to scan and measure charged particle beams, with high precision and minimum disturbance.