Measurements in the Land of the Rising Sun

This June Joseph Wolfenden and Marie Curie Senior Fellow Dr Ralph Fiorito made the trip to Tsukuba, Japan, to begin measurements at the KEK accelerator test facility (ATF2). Following extensive preparation and lab bench based measurements, they carried out a programme of experiments looking at both optical transition radiation (OTR) and optical diffraction radiation (ODR). These studies are part of the wider R&D program into optical beam diagnostics within the QUASAR Group. 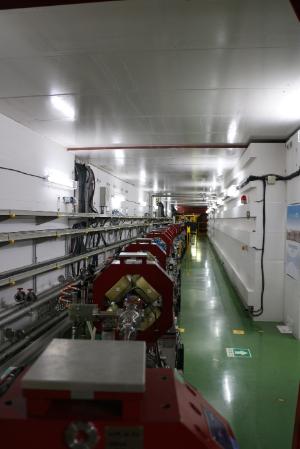 View of the KEK accelerator facility

KEK-ATF2 is an electron accelerator consisting of a linac, a damping ring and an extraction line. What makes this the perfect facility for such investigations, is that the electron beam can be focussed down to the nanometre scale (10-9 m). Such a small beam size reveals intricate structures that are important to understand and optimise beam motion. 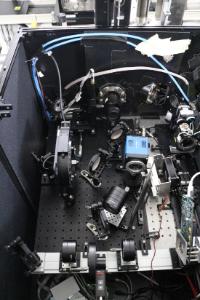 The two QUASARs were able to design and install a sophisticated optical system into the KEK-ATF2 beam tunnel. This system was designed to provide the means to image both OTR and ODR with high resolution and high dynamic range and had previously been extensively tested in the optical labs of the Cockcroft Institute. The high dynamic range is accomplished by using a micro-mirror device, to block out high intensity light from the beam core. 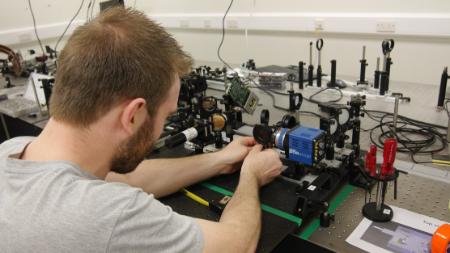 Over the course of three eight hour shifts, images of OTR and ODR were taken with a variety of filters and settings. This allowed the researchers to begin to understand the detailed properties of the signals they were measuring and of the optical system they were using.

Example image from measurements at KEK

The results of these initial measurements look very promising, and indicate improvements which will now be made to the system to further increase both, resolution and sensitivity. Plans are already in progress to visit the facility again later this year to complete the study.