We are delighted to announce that Dr. Sergey Vinogradov, a senior Marie Curie Fellow in the QUASAR Group, was elected as IEEE Senior Member. Based on strong support by his collaboration partners and existing IEEE Fellows from the IEEE Nuclear and Plasma Sciences Society, his outstanding achievements in research, development, characterization, modelling, analysis, and applications of Silicon Photomultipliers (SiPMs) was recognized with this prestigious award.

Members of the IEEE community, especially from the Nuclear and Plasma Sciences Society, were amongst the first who anticipated the huge application potential of SiPM technology, initially developed in Russia in the late 1980s – early 2000s. They were also amongst the first who evaluated SiPMs in a variety of applications related to nuclear physics and nuclear medicine, including hadron calorimetry, neutrino detection and positron emission tomography. 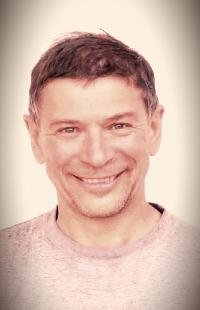 Sergey joined the IEEE NPSS in 2009, when he started to present his studies at a series of the “IEEE Nuclear Science Symposium and Medical Imaging” events as the most relevant platform for comprehensive professional discussions on emerging SiPM technology and its applications. During his time in the QUASAR Group he developed advanced probabilistic models of SiPM response and performance in photon number and time resolution, and recently, of arbitrary waveform signal detection in beam loss monitoring systems with Cherenkov fibre readout.

Sergey says: “I do believe that the Senior IEEE Member grade gives me more opportunities and valuable support to utilize SiPM technology for science and applications, as well as in my international collaborations and own career development”.