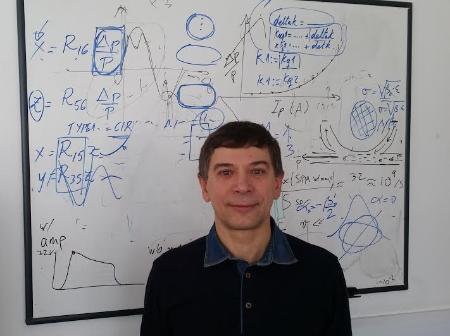 This ATF 2015 is targeted at the astroparticle physics projects’ demands in key components needed to build low light-level cameras and detectors. As expected, a new approach based on an implementation of SiPM matrixes with a fully-integrated readout chain, would radically simplify building imaging cameras with single photon sensitivity for astroparticle physics projects as well as for medical applications. Thus, appreciating SiPM technology, ATF 2015 will also provides an opportunity for wide knowledge exchange on technical details of camera and detector designs as well as on EU astroparticle project timelines, required R&D, technology decisions, funding, procurement and construction plans.

Dr. Sergey Vinogradov, Senior Marie Curie Fellow at the QUASAR group will present an invited talk on “SiPM performance: key factors and trade-offs, possible improvements and limitations” at the ATF 2015.
Dr. Vinogradov, as the Solid State Photodetector group member at the Lebedev Physical Institute, which basic studies of an avalanche process in the 1980s have ignited SiPM developments, has been asked by the APPEC to discuss SiPM technology in more popular forms for general public. Recently his brief description on how SiPM concepts and designs have been developed and an interview on ongoing activities within the QUASAR group R&D of Beam Loss Monitoring with SiPM have been published at the APPEC news pages:

An Interview with Sergey Vinogradov