The annual meeting of the AWAKE-UK collaboration was hosted by QUASAR Group leader Prof. Welsch at the Cockcroft Institute on Wednesday, 28 January 2015. Prof. Matthew Wing from UCL, spokesman of the collaboration, opened the meeting with an update on the status of the AWAKE project at CERN. He presented new institutions that have recently joined AWAKE and showed that the AWAKE-UK collaboration was on an excellent route to make important contributions to the project, however, that continuation of the successful work to date would depend on sizable future grants. 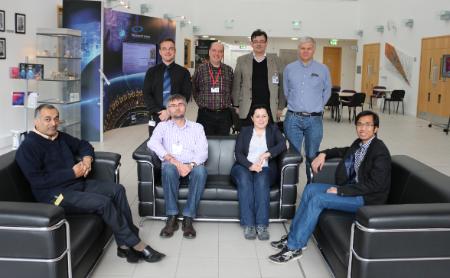 Representatives from all partner institutions discussed R&D progress in simulation studies, beam diagnostics and work on the electron injector at CERN. Plans for future work were agreed and the road towards the submission of a new proposal in March fixed.

The AWAKE project has been proposed as an approach to accelerate an electron beam to the TeV energy regime in a single plasma section. To verify this novel technique, a proof-of-principle demonstration experiment is proposed by a proto-collaboration, using 400 GeV proton beams from the Super Proton Synchrotron at CERN. The Cockcroft Institute is an important partner in the collaboration through contributions from the Universities of Lancaster, Manchester, Strathclyde and Liverpool.

Further information about AWAKE can be found here.

The project was also covered in The Economist.