A CERN Accelerator School on Plasma Wake Acceleration was held between 23rd -29th November 2014. About 120 participants from research institutes and universities across Europe attended this school which was the first of its kind organized by CERN. This school focused on the hot topic of laser-driven and beam-driven plasma wake accelerators and related techniques. There has been rapid progress in this research area over the past decade, including the demonstration of very high acceleration gradients of up to GV/m and the generation of quasi-mono-energetic beams. The application potential of these innovative techniques is enormous, ranging from high energy physics, to medical and light source applications.

Renowned lecturers gave a comprehensive overview of the physics and technology background, plasma and accelerator theory, as well as simulation and experimental studies. QUASAR Group leader Prof. Carsten P. Welsch was asked to contribute two hours of lectures on “particle beam diagnostics” in which he highlighted the particular challenges that have yet to be overcome in wakefield and dielectric laser accelerators. 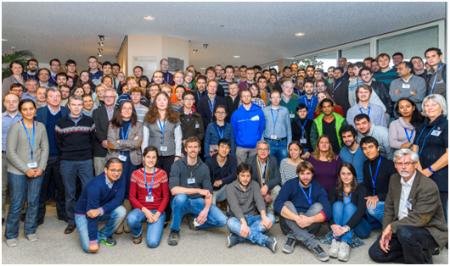 In parallel to the lectures, all attendees were split into 11 working groups in which they worked on a scientific case study throughout the entire week. Results were presented in summary talks on the last day of the school and this offered a good opportunity to critically discuss all outcomes. QUASAR Group member Yelong Wei and his team were awarded a prize for the quality of their contribution.