An adults-only evening on 6 June was a way for scientists and researchers in particle and accelerator physics to engage with visitors demonstrate some science and answer questions on the LHC and accelerators in general. 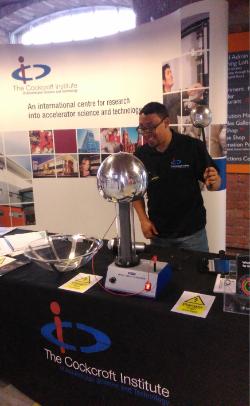 QUASARs from the Cockcroft Institute, wandered the different floors of the museum holding a series of conversations (called ‘Collisions’) throughout the night. These conversations covered CERN or particle physics related topics.