Aaron Farricker is a post-doctoral research associate (PDRA) in the QUASAR Group at the University of Liverpool where he is carrying out research into particle accelerators. His research focuses on beam dynamics and radio frequency modelling.

I am, in most ways, a typical researcher however I also have a hidden disability, which has inevitably impacted on my education and career. I have Asperger’s Syndrome.

Unlike most people with this disability, I remained undiagnosed until I was more than halfway through my school education. I was 11, whereas most people are typically 2-3 years old when they are diagnosed. The result was that I had no support to help reduce the impact my condition on my everyday life. And the impact was significant. For example, I struggled to read people body language, to understand the complexities of social situations.

However, after my diagnosis I managed to get a lot of support in place thanks to the local authorities where I lived. This needed no end of pushing from my parents and the Ministry of Defence (we moved around a lot because my dad was in the army). While the diagnosis was positive in some ways, it did mean that for a time, I became defined by my disability.  Moving schools regularly due to my father’s job served to perpetuate this.

Fortunately, despite the hurdles, I was academically minded and had a keen interest in mathematics and the sciences. I was lucky enough to have teachers who could see past my condition and encouraged me to learn more and to enjoy the subjects. This ultimately led me to pursue physics and ultimately, a career as a researcher.

For university I opted to study at the University of Manchester due to many factors, but one was staying near my support network to help me adjust to the completely new environment. I was fortunate enough to be supported by the Disabled Students’ Allowance, which helped to relieve some of the additional costs associated with my disability. At university I found there was support available but it needed a lot of action from me which I never really managed to do. In my time at Manchester, I had only one support meeting.

Having never felt able to ask for help myself, it felt right to do what I could to support others.

I did the all-too-common thing of falling from particle physics into accelerator physics, but it turned out to be a field that really fits with what I want to do and opened a lot of doors. I was lucky enough to join a group with students and academics who embraced me and helped me adapt to what is required of a PhD. For my project, I was looking at the radio frequency (RF) cavities and beam dynamics of the European Spallation Source. I was able to visit ESS on a few occasions and to collaborate with the team at CEA Saclay responsible for building the cavities. The adjustment to working with people that I didn’t really know and visiting new environments was a challenge but I have found that physicists are generally very understanding of conditions like Asperger’s and they hardly miss a beat when its mentioned. The parts of my disability people see are just put down to personality quirks, which are common in the physics community.

At this point I became involved in helping undergraduate students with disabilities to navigate the system at the university and to liaise with the lecturers to support them. Having never felt able to ask for help myself, it felt right to do what I could to support others.

I hope that by being open and frank about my challenges, changes can be made to make it easier for other to succeed in the future.

After completing my PhD I joined CERN as a Fellow in the RF group. Leaving my comfort zone in the UK was difficult but allowed me to develop as a person and learn to cope with parts of my condition I had never really confronted. This wouldn’t have been possible without the support of other Manchester alumni, many of whom ended up at CERN. I was lucky to have a very supportive supervisor who helped me to settle in. Unfortunately the support structure at CERN is not as developed as in the UK. I wanted to change this though, so I engaged extensively with the diversity team at CERN to explain the challenges I faced, and challenges others with disabilities could face. I hope that by being open and frank about my challenges, changes can be made to make it easier for other to succeed in the future. After all, one of CERN’s pillars is diversity.

Upon leaving CERN I joined the QUASAR Group which, with the ongoing COVID-19 pandemic, has been a completely new challenge. Luckily, the group is welcoming and we meet (virtually) regularly, which helps to prevent the feeling of isolation. 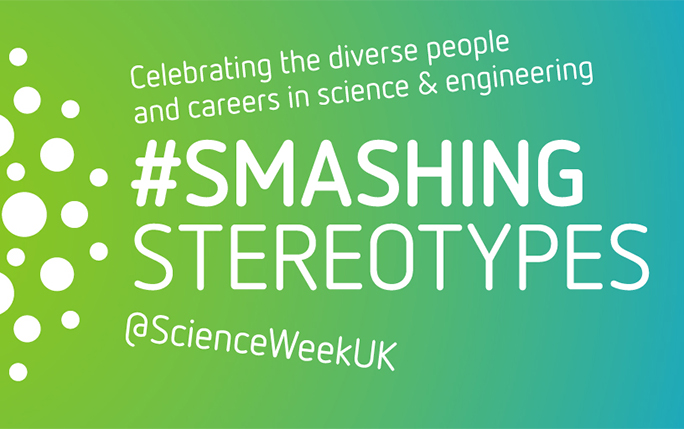