7th November was the 150th anniversary of the birth of Marie Curie Skłodowska Curie. In order to celebrate her life and achievements, as well as the EU funding program that bears her name, researchers from the QUASAR Group organised a simultaneous event at the University of Liverpool, CERN in Geneva, and Ludwig Maximilian University in Munich. Prof Carsten Welsch, Head of the QUASAR Group, said; ”The event was an enormous success. We had hundreds of school children, students and researchers participate across the three sites, as well as more than half a Million people who read about the event via internet and social media on the day.”

In Liverpool, more than 70 local high school students attended a series of activities at the University. They started their day at the Leggate Theatre in the historic Victoria Gallery & Museum with an introduction by Madame Curie herself (played by an actress) and a live connection to CERN for a talk by Dr Marco Silari about the international impact of Marie Skłodowska Curie Actions (MSCA) on research at CERN. 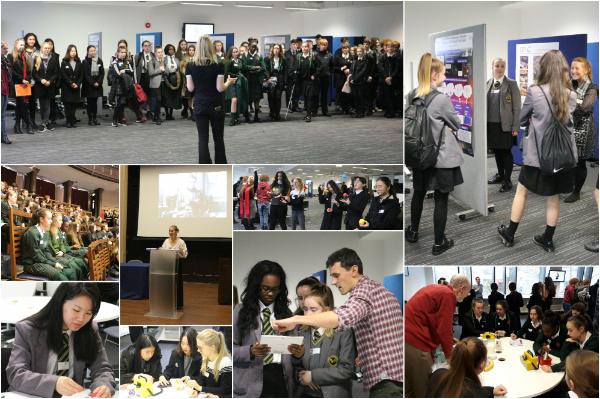 The children then moved to the Central Teaching Laboratory, where they enjoyed hands-on demonstrations on radioactivity and a poster session about our MSCA-funded research and training activities.

The children also participated in a poster competition about “Women in Science”. There were more than 10 entries of excellent quality and the winner of the competition was announced after lunch as the North Liverpool Academy. The morning activities finished with a talk by Prof Welsch, who initiated and coordinated the entire event, about Researcher Training that was also live-streamed. A film contributed by the European Commission’s DG EAC, Martine Reicherts, provided additional background information and the view of the EU. 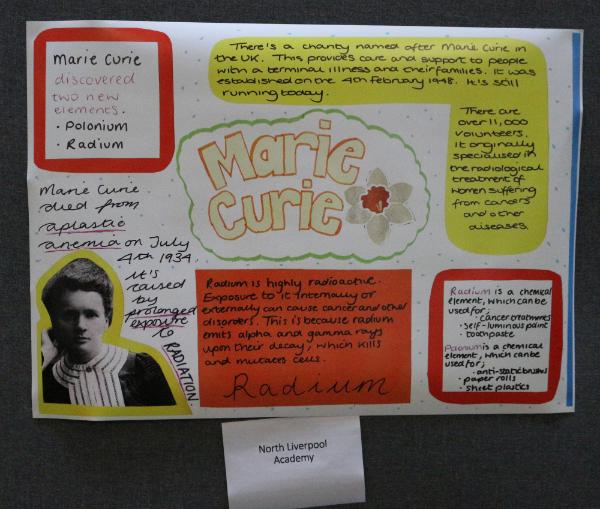 The evening activities were open again to the whole University community. At the Leggate Theatre there was a talk by Prof Katia Parodi, live-streamed from Ludwig Maximilians University in Munich, about the impact of MSCAs on education and research in ion beam cancer therapy. The day finished with a reception in the Victoria Gallery and Museum for all participants.

A special motivation for organizing this celebration were several pan-European training networks funded by Marie Skłodowska-Curie grants which have been coordinated from the QUASAR Group over the past decade and which have supported almost 100 research fellows. But first and foremost, Marie Curie remains an inspirational figure that has paved the way for many women in science and today, 150 years on from her birth, still continues to inspire a new generation of scientists.

More information, such as Fellows’ individual profiles and videos of all talks, can be found on the event home page: http://www.marie-curie-day-2017.org.