Giulia Aricò carried out her Master's degree in Medical and Biological Physics at the University of Trento (Itlay) from 2010 to 2012. She developed her Master thesis at the Paul Scherrer Institute (Switzerland), in the field of proton therapy.

In the years 2013-2016 she performed doctoral research at the Heidelberg University Hospital, in collaboration with the DKFZ (Germany). She investigated the fragmentation of carbon and helium ion beams in different materials, to improve the physical beam model used in radiotherapy. Fixed target experiments were performed at the HIT facility, and the Timepix detectors, developed at CERN, were used for particle identification and tracking. During her PhD she also performed measurements at the HIMAC facility (Japan) to investigate the response of the Timepix detectors to ions heavier than carbon, like neon and argon.

In 2016 Giulia joined the OMA project at CERN to work on the improvement of the FLUKA code for medical applications. Afterwards Giulia obtained her PhD degree from Heidelberg University.

Improvements on FLUKA for medical applications 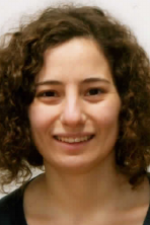