Ricardo Gonzalez Lopez obtained his Bachelor’s degree in Physics at University of Zaragoza in 2017.

In 2018, he obtained a Master degree in Nuclear and Particle Physics in the University of Valencia. His MSc project consisted of an analysis of the prospects for a top quark mass measurement using the data collected during Run 2 of the LHC in the ATLAS experiment.

In October 2018 Ricardo joined the ATLAS group at University of Liverpool as a PhD student in the LIV.DAT CDT.

His project will consist of a search for the W' and Z' bosons, the new heavy gauge bosons which are candidates to expand the Standard Model of Particle Physics. 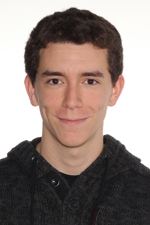