‘Made from Light’ exhibition, Alder Hey children’s hospital, May 2019

Art and Ecology Event with The White Review, London, August 2018

Science poetry at ‘Pint of Science’, Liverpool, May 2018

Memory of Trees Conference, Liverpool, May 2017

Infectious Science Poetry at Pint of Science Festival, May 2017

Mermaids on the Mersey, Being Human Festival, November 2016

Man and the Animals Debate, FACT Liverpool/Being Human, November 2016 (listen to it here)

'Something in the Water': Liverpool and the Literary Fantastic Exhibition, Summer 2016 (from May 14th)

‘Solar Energy in Literature and Culture’, LightNight, May 2016

'History of Sci-Fi in 10 Objects', Liverpool Central Library, May 2016

Arts and Sciences Forum on ‘The Creative Process’, November 2015

‘The Pen is mightier than the Laser? The Power of Light in Literature, Art and Culture’, LightFest, Library of Birmingham, September 2015

‘Technologies of the Sun’, ‘On Light’, Wellcome Collection, May 2015 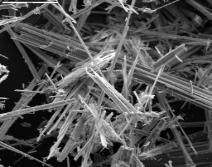