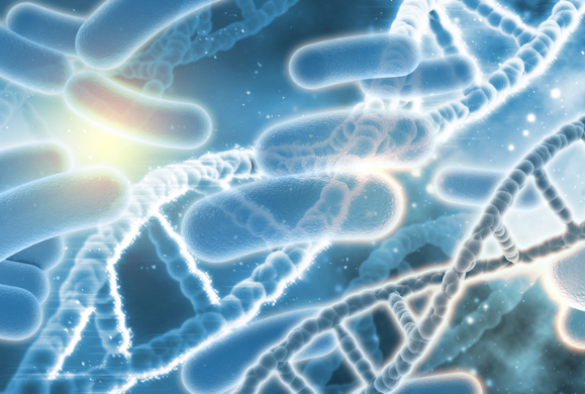 The University of Liverpool is part of a major new collaborative project that will investigate the defence mechanisms of bacterial cells, to help stop the spread of drug-resistant genes.

Antimicrobial resistance is a growing problem, identified by the World Health Organisation as a top-10 threat facing humanity.

The new project will use a wide range of methods to work out how bacterial defence systems shape the evolution of "mobile genetic elements" (MGEs), which play a key role in spreading antimicrobial resistance.

MGEs are segments of DNA that can move from one bacterium to another and can change key traits of bacteria, including antibiotic resistance and virulence (the severity of illness they can cause).

The £4.6m, five-year programme has won a grant from the Biotechnology and Biological Sciences Research Council (BBSRC) under the strategic longer and larger grants (sLoLa) scheme.

The project will combine genomics, modelling and experimental analyses of Pseudomonas aeruginosa bacteria to determine which defences occur together, which interact synergistically, what causes synergy, how the activation of different defences is orchestrated and how they shape bacteria-MGE dynamics.

The aim is to uncover defence systems that could be exploited for engineering biology, especially using phages (viruses that infect bacteria).

Project lead, Professor Edze Westra from the University of Exeter, said: "Our research programme builds on the very recent discovery of a large diversity of defence systems that frequently co-exist in the same cell, where they cluster in ‘defence islands’.

"Our results will be of key strategic importance for UK healthcare, industry and biotech."

Professor Tim Blower, from Durham University, added: "Phages have brought us revolutionary tools for biotechnology. Delving further into the layered interactions of phages and bacteria is a fantastic opportunity for UK science to lead the way exploring new key areas of biology.

"We will also be working to engage with the public and share our findings as new discoveries arise."

The researchers are one of five world-class teams to receive new funding from the BBSRC to support adventurous research aimed at tackling fundamental questions in bioscience.