The Earl of Derby, DL (President) 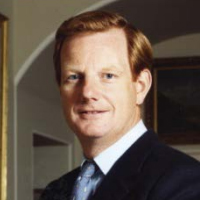 Lord Derby (Edward) was born on 10th October 1962.  Continuing a long family tradition, he was educated at Eton and was then commissioned into the Grenadier Guards (1981 – 1985) before attending the Royal Agricultural College, Cirencester.

In November 1994, he succeeded his uncle as the 19th Earl of Derby and, the following October, married the Hon. Caroline Neville, daughter of The Lord Braybrooke.  They have three children: Henrietta, Edward and Oliver.

Lord Derby joined Robert Fleming & Co Ltd in 1987 where he worked in the private client investment management business and became Head of Private Banking.  He still spends some time in London, where he is Chairman of Fleming Family & Partners Trustee Company Limited.

Most of his time is spent running the Knowsley Estate which is part agricultural and part commercial.  It also includes Knowsley Safari Park, the largest paying tourist attraction in Liverpool City region; and Knowsley Hall, a stately home which, following its restoration, is now an established venue for private and corporate entertainment with a very high quality catering operation.  It is Liverpool’s only 5 Star accommodation and one of only two stately homes in the country to be so graded.

Lord Derby was appointed a Deputy Lieutenant of Merseyside in 1999 and is involved with some 100 organisations predominantly in the North West.  He is President of Knowsley, Sefton and Liverpool Chambers of Commerce.  He is an Honorary Commander in the Royal Naval Reserves and has honorary degrees from the Universities of Liverpool and Chester.