Rail reform: why Britain’s railways are getting a full makeover 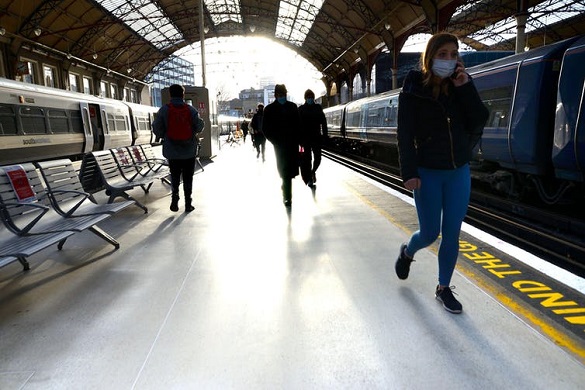 This article by Chia-Lin Chen, from the University's Department of Geography & Planning, was first published for `The Conversation'.

To say the UK has long had a rail problem is an understatement. Chaos has become the descriptor of choice for train services, variously characterised by exorbitant fares, delays blamed on every kind of wrong weather and severe overcrowding.

The government’s recent rail review, therefore, is a big deal. More than the mere improvements the Department of Transport’s McNulty review recommended a decade ago, this reform represents a complete overhaul.

There have long been calls for a modernised fleet to help Britain’s railways cope with – and respond to – the climate crisis. COVID, meanwhile, has intesified the need for a system that serves changing customer needs and working practices. The question of course is whether these plans will make UK train travel better and cheaper.

At the heart of the reform is the creation of Great British Railways. This new publicly owned body will subsume Network Rail in managing the national rail infrastructure. It will manage all other aspects of train travel too – from ticketing to timetabling.

The government insists this is not re-nationalisation. Great British Railways will serve instead as coordinator, issuing management concession contracts to private train operators, with incentives to improve punctuality and increase passenger numbers.

Transport secretary Grant Shapps has said this will put an end “to years of fragmentation, confusion and over-complication”. British Railways, under state ownership since the late 1940s, was privatised in 1994. A franchise system was devised, whereby private train operating companies could compete for the right to run train services on the various lines of the network. The infrastructure was auctioned off too, first to privately-owned Railtrack and then to publicly-controlled non-profit Network Rail.

The idea was that greater competition would result in greater efficiency, lower fares for customers, higher profits for operators, and fewer government subsidies. However, many of the rail companies made increasingly untenable losses. Having little control over the socio-economic factors (employment levels, economic growth) that determined how often people took the train, profit margins were low and the competition anaemic.

This saw the East Coast rail service temporarily renationalised in 2018 after the operators, Virgin and Stagecoach, failed to deliver on revenues promised to the taxpayer. Arriva’s contract to run the Northern rail franchise was similarly ended, and the line re-nationalised, in 2020.

Fixing UK rail – and all its technical problems – has always been a tricky proposition. There are too many stakeholders and yet no central coordinator to hold everyone to account. Great British Railways has been conceived of to do just that.

The government wants to enable the rail network to be more dynamic, and responsive to change. In replacing the franchises with concessions, it wants to alleviate the operators’ burden of financial risk related to uncertain revenues. Instead, they will simply be paid to run the services, much like Transport for London’s successful London Overground concession is currently run by Arriva.

To simplify passengers’ lives, Great British Railways will also emulate Transport for London’s contactless, pay-as-you-go scheme rather than only accepting paper tickets. Additional services that do not require advance booking will be made available for vulnerable customers such as elderly, blind or partially sighted passengers.

For those passengers wishing to travel a few times a week, there will be flexible season tickets. And new train interiors will cater more to comfort and flexible working than to greater capacity.

The reform looks at new technologies that will allow train operators to make better use of data on everything from average punctuality rates and expected service crowding to land conditions, and adapt accordingly.

And it aims to cut transport emissions through further electrification of the rail network and alternative technologies such as hydrogen and battery power. Green initiatives focused on energy efficiency, renewable power generation, and vegetation and wildlife management (which includes tree-planting) will also be accelerated.

What the plan omits

For rail reform to be successful, however, two things must be addressed. The first is the cost to the customer. Results from the National Rail Passenger Survey in spring 2020 showed that, on some routes, as few as 26% of customers were satisfied with the value for money of their train travel.

The government is promising affordable fares. Affordability, though, is subjective. Survey findings have clearly identified that cheaper fares would draw in those people who rarely, if ever, currently use trains because of the cost.

The second key issue is how UK transport systems are financed. We need a holistic approach. The Treasury’s plan] to charge British motorists for using the nation’s roads is a welcome step towards addressing the imbalance between the cost to the user of rail versus car.

Some observers go further in arguing for a comprehensive charging system for private vehicle usage, according to distance driven, emissions and congestion. An important caveat though is how this could adversely affect lower income households, for whom driving is often the only option.

Although rail is widely regarded as more sustainable, the car remains the dominant mode of transport in the UK. The COVID-19 crisis has hit public transport hard, and exacerbated those numbers.

Transport accounts for 28% of the UK’s domestic greenhouse gas emissions. As part of its commitment to net zero emissions by 2050, the government’s rail review builds on recent plans to improve buses and encourage cycling and walking. If a balance is struck between efficiency and fairness, this reform could mark a shift from car to rail.