Prof. Eberhard Widmann has been working with exotic atoms containing antiprotons since 1990, using laser and microwave spectroscopy to determine fundamental properties of the antiproton and to study the fundamental matter-antimatter symmetry. Working at the University of Tokyo, CERN, RIKEN, and Stefan Meyer Institute he participated in spectroscopy of antiprotonic helium, an exotic three-body system consisting of an antiproton, an electron and a helium nucleus. Later on, he focused on a measurement of the hyperfine structure of antihydrogen, for which he received an ERC Advanced Grant in 2012.

Since 2004 he is director of the Stefan Meyer Institute for subatomic Physics of the Austrian Academy of Sciences in Vienna. In addition to physics with antiprotons he is interested in the strong interaction, which can be investigated using exotic atom X-ray spectroscopy at the DAFNE collider at LN Frascati (Italy) and J-PARC (Japan), and hadron physics experiments like BELLE (Japan) and PANDA at the future FAIR facility at Darmstadt (Germany). 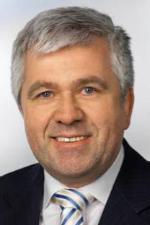