Prof. Carsten Welsch studied physics and economics at the Universities of Frankfurt (Germany) and UC Berkeley (USA). He finished his diploma thesis on spiral loaded rebunching radio frequency cavities in 1999 at the institute of applied physics.He then realized a three months research stay at RIKEN (Japan), where he worked on the layout of a magnetic chicane for the CSM project. Back in Germany, he started his doctoral thesis on the technical and particle optical design of compact ion storage rings, which he finished end of 2002.

His further career brought him to the Max Planck Institute for Nuclear Physics in Heidelberg (2003-2004) and to CERN (Switzerland, 2005-2007). Since October 2007 he has been leading the QUASAR Group. Carsten initiated the AVA project and has been coordinating the network since its start in January 2017. He is one of the most experienced coordinators of Marie Curie Actions and has led no less than 5 European networks and 4 Individual Fellowships in the last decade.

Since November 2008, he is a faculty member at the University of Liverpool and a member of the Cockcroft Institute of Accelerator Science and Technology. In October 2011 he was promoted to Professor of Physics and he became Head of the Physics Department in September 2016. His research covers frontier accelerators, novel acceleration schemes, as well as accelerator applications. 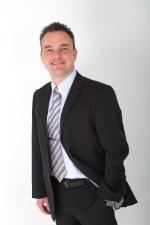