Ava - the girl behind the name 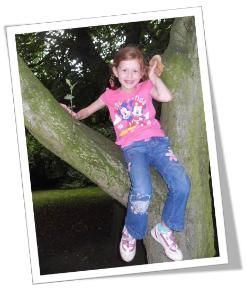 Ava Scott was a precious little girl, who loved Build-a-Bears, zip wire, climbing in the park and playing with her lovely friends. She always had a smile on her face and happiness in her eyes.

But one day in July 2012 the world changed forever. Little Ava was diagnosed as having a Ewing's Sarcoma, a cancerous tumour in her leg.

Ewing’s sarcoma is named after Dr James Ewing, who described the tumour in the 1920s. It's a cancer that can develop anywhere in the body, although it most often starts in the bone. Any bone can be affected, but the pelvis, thigh bone (femur) and shin bone (tibia) are the most common places.

Fewer than 30 children in the UK develop Ewing’s sarcoma each year. It usually occurs in the teenage years, and more commonly affects boys than girls. 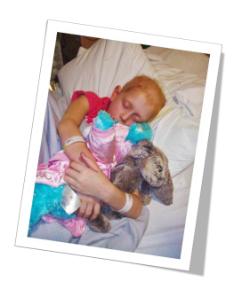 ‌‌Ava went through 6 rounds of VIDE chemo, removal of her femur, over 50 sessions of radiotherapy and tons more chemotherapy to try and slow down the aggression of the Ewing’s. So much time was spent in hospital as the chemotherapy caused her to pick up infections all the time.

‌‌‌She battled her illness without complaining and with so much dignity. She never moaned about the treatment and accepted what was necessary. Sadly, on 21st September 2013, Ava lost her battle - she was only 8 years old. 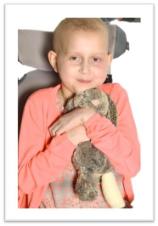 ‌‌Ava was the most beautiful girl inside and out, everyone who met her fell in love with her.

The project was named after her to honor the life of an inspiring little girl who touched our hearts.