Are left-handed people more gifted than others? 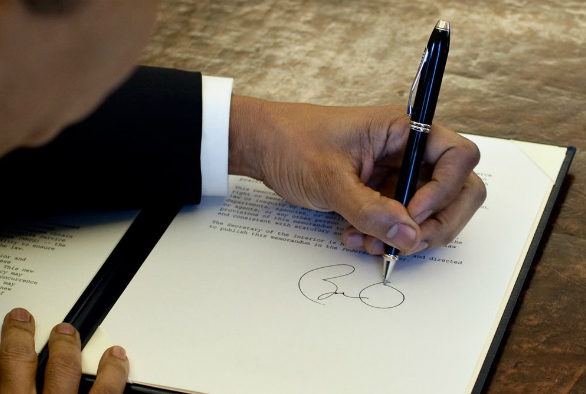 PhD student Giovanni Sala and Professor Fernand Gobet are from the University's Institute of Psychology, Health and Society.

The belief that there is a link between talent and left-handedness has a long history. Leonardo da Vinci was left-handed. So were Mark Twain, Mozart, Marie Curie, Nicola Tesla and Aristotle. It’s no different today – former US president Barack Obama is a left-hander, as is business leader Bill Gates and footballer Lionel Messi.

But is it really true that left-handers are more likely to be geniuses? Let’s take a look at the latest evidence – including our new study on handedness and mathematical ability.

It is estimated that between 10% and 13.5% of the population are not right-handed. While a few of these people are equally comfortable using either hand, the vast majority are left-handed.

Hand preference is a manifestation of brain function and is therefore related to cognition. Left-handers exhibit, on average, a more developed right brain hemisphere, which is specialised for processes such as spatial reasoning and the ability to rotate mental representations of objects.

Also, the corpus callosum – the bundle of nerve cells connecting the two brain hemispheres – tends to be larger in left-handers. This suggests that some left-handers have an enhanced connectivity between the two hemispheres and hence superior information processing. Why that is, however, is unclear. One theory argues that living in a world designed for right-handers could be forcing left-handers to use both hands – thereby increasing connectivity. This opens up the possibility that we could all achieve enhanced connectivity by training ourselves to use both hands.

These peculiarities may be the reason why left-handers seem to have an edge in several professions and arts. For example, they are over-represented among musicians, creative artists, architects and chess players. Needless to say, efficient information processing and superior spatial skills are essential in all these activities.

Interestingly, these past studies, just like many others, differed from each other in how handedness was measured and how participants were categorised – some of them simply asked people what their hand preference was in general. And, most importantly, they had different approaches to measuring mathematical ability – ranging from simple arithmetic to complex problem solving. These discrepancies in the experimental design may be the cause of the mixed observed results.

To get more reliable results, we decided to carry out a whole series of experiments including more than 2,300 students (in primary school and high school). These experiments varied in terms of type and difficulty of mathematical tasks.

To assure comparability, we used the same questionnaire – the Edinburgh Inventory – to assess handedness in all the experiments. This questionnaire asks people which hand they prefer for writing, drawing, throwing, brushing and other things. It assesses to what extent someone prefers their right or left – it’s a scale rather than a categorical left versus right assessment. This specific feature allowed us to build more reliable and powerful statistical models.

The results, published in Frontiers, show that left-handers outperformed the rest of the sample when the tasks involved difficult problem-solving, such as associating mathematical functions to a given set of data. This pattern of results was particularly clear in male adolescents. By contrast, when the task was not so demanding, such as when doing simple arithmetic, there was no difference between left- and right-handers. We also discovered that extreme right-handers – individuals who said they prefer to use their right hand for all items on the handedness test – under-performed in all the experiments compared to moderate right-handers and left-handers.

Left-handers seem to have, on average, an edge when solving demanding mathematical tasks – at least during primary school and high school. Also, being strongly right-handed may represent a disadvantage for mathematics. Taken together, these findings show that handedness, as an indicator of connectivity between brain hemispheres, does influence cognition to some extent.

That said, handedness is just an indirect expression of brain function. For example, only a third of the people with a more developed right hemisphere are left-handed. So plenty of right-handed people will have a similar brain structure as left-handers. Consequently, we need to be cautious in interpreting people’s hand preference – whether we see it as a sign of genius or a marker for cognitive impairment.

This article was originally published on The Conversation. Read the original article.