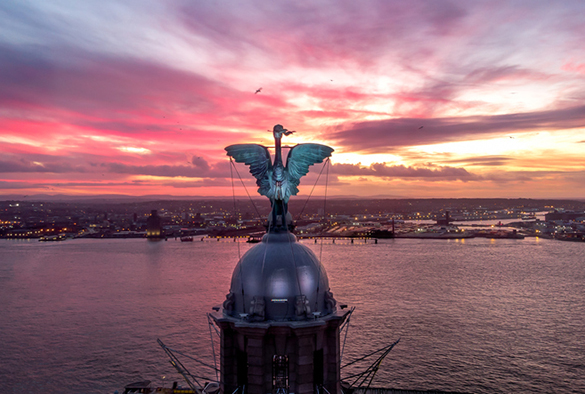 Interim findings from the evaluation of Liverpool’s COVID-19 community testing pilot have been published today by the University of Liverpool.

On Friday, 6 November 2020, Liverpool embarked on a national pilot of community open-access testing for the COVID-19 virus among people without symptoms. The pilot aimed to reduce or contain transmission of the virus while tackling the mounting harms to health, social and economic wellbeing from COVID-19 restrictions.

This interim report evaluates the data on the biological, behavioural, and systems aspects of the pilot and its early public health impacts, setting out preliminary findings to help policymakers with similar approaches to COVID-19 testing.

The report was led by researchers from the University of Liverpool, alongside experts from the Department of Health and Social Care (NHS Test and Trace), Joint Biosecurity Centre, Public Health England, and Office for National Statistics.

From 6 November to 9 December 25% of Liverpool’s 498,000 residents took up lateral flow tests (LFTs) and 36% took up LFT or polymerase chain reaction (PCR) tests, identifying 897 individuals as positive via LFT and 2,902 via PCR.

A third of all new cases detected recently (11-17 December) in Liverpool were via the LFT. This is part of a routine testing service run by local agencies after handover from the military on 3 December.

Through a quality assurance process, a sample of around 6,000 users received a pair of Lateral Flow and Polymerase Chain Reaction (LFT and PCR) tests. The test outcomes were then examined in conjunction with the results of an Oxford University study on viral loads, infectiousness and LFT and PCR tests. The researchers found that the Innova LFT device identified two fifths of the PCR positive cases and potentially two thirds of people with higher viral loads, who are more likely to be infectious. The relationship between test results and infectiousness is not fully understood, therefore the proportion of infectious asymptomatic individuals the LFT identifies must be interpreted with caution.

The evaluation also found that levels of uptake of testing varied across the population. People from the most deprived fifth of areas were half as likely to take up testing as those from the least deprived fifth of areas, and the more deprived group was twice as likely to test positive. Younger people, particularly males, were also found to be harder to reach than older people. Digital exclusion was a strong predictor of low uptake, with those in areas of lower Internet uses less likely to take up a test and more likely to be positive.

Surveys found that awareness of the pilot was high and attitudes towards it in the city were generally positive. Military involvement was well received by the community and by the local service staff with whom they worked. Locally driven communications, social marketing, and efforts to tackle misinformation were identified as key enablers. However, fear of not having adequate support to isolate, and misinformation over test accuracy were found to be significant barriers to participation.

The pilot was able to adapt its communications and the locations of test centres by using the region’s combined NHS and local government data and intelligence system CIPHA (combined intelligence for population health action).

Professor Iain Buchan, who led the evaluation work at the University of Liverpool, said: “The Liverpool pilot of community testing was a major public health intervention deployed quickly with military assistance and well received by the public, with a quarter of the population coming forward for asymptomatic testing in the first month of the pilot, and a third of new infections now being detected via this route.

“The pilot was as much as about ‘mass attention’ as ‘mass testing’ in developing a whole community approach to reopening activities important to the health, social and economic wellbeing of the city while keeping COVID-19 transmission down.

“The sensitivity of the lateral flow device was less than expected at 40%, but the time and scale gained by having a low-cost test that returns results within an hour without a laboratory is a valuable new tool for tackling COVID-19.

“Younger people, particularly men, from deprived areas were harder to reach, as expected. But digital exclusion was a bigger barrier than we expected.”

Liverpool’s Director of Public Health, Matthew Ashton, said: “The COVID-19 testing pilot has been hugely valuable for the city. A significant proportion of the population embraced the idea wholeheartedly, helping identify a substantial number of asymptomatic people who otherwise would have been unknowingly spreading it to others. This contributed to the fall in the infection rate we saw in Liverpool over the course of the pilot. It also raised awareness of the importance of testing.

“We have been able to demonstrate the importance and value of building a test into your routine, such as before you go out and mix with other people at a football game, the theatre or a business event. This is really important as it will help control infection numbers until the vaccine is widely rolled out.”

A more detailed report will follow in early in 2021.