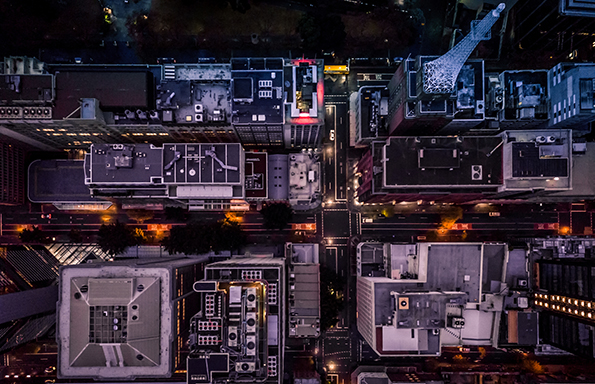 Major speakers from across the world will converge on the University of Liverpool in London for Europe’s first conference considering the interaction between urban life and mental health.

City, Psychology, Place: An Urban Psychology Summit is organised by the University of Liverpool’s Heseltine Institute of Public Policy, Practice and Place, in partnership with Chris Murray and Charles Landry.

The summit has been called in response to significant evidence – such as rapidly rising prescription rates – that suggests mental health is worsening, particularly in some population groups and particularly in cities; and that this has an economic as well as social effect.

It will seek to explore the impacts of urban processes on the emotional and psychological make-up of city-residents – issues that should be of prime importance to policy makers, town planners and democratic representatives.

With more and more people living in cities, organisers believe these issues must be addressed, and that psychology must be utilised as a tool for more successful city living.

The event will be chaired by the CEO of the UK Council for Psychotherapy (UKCP), Professor Sarah Niblock.

Professor Niblock said: “Most efforts to improve mental health are targeted at treating people who already have mental health problems. Psychotherapists, designers and planners could be working together on protective factors such as access to green spaces, social interaction across all ages and backgrounds, even sleep and safety into the city. Psychotherapeutically-informed design would help strengthen the population’s mental health resilience for prevention and recovery.”

The keynote address will be delivered by Mindy Thompson Fullilove, Professor of Urban Policy & Health at The New School, New York.

Professor Fullilove – a psychiatrist - is among the world’s leading experts on the ties between environment and mental health. Her most recent book, Root Shock: How Tearing Up City Neighborhoods Hurts America and What We Can Do About It urges the reader to see the city as “a fluid, constantly taking new shapes” and warns against urban renewal projects that disregard subtle divisions in race and class.

The programme – which also includes contributions from co-organiser, Charles Landry, fellow at the Robert Bosch Academy in Berlin and international authority on the use of imagination and creativity in urban change; Helena Marujo of the World Happiness Summit and Lisbon University; Cambridge University Professor of Economic Geography, Ron Martin; CEO of Greater Manchester Health and Social Care Partnership, Jon Rouse CBE and Liverpool’s wellbeing experts, Professor Rhiannon Corcoran and Julia Zielke, among others – will be introduced by Director of the Heseltine Institute, Professor Mark Boyle.

The closing keynote will be delivered by Dr Tim Kendall, the National Clinical Director for Mental Health at NHS England.

Professor Boyle said: “Forty years of neoliberal reform and a decade of austerity have inflicted new injuries of class, manifest particularly clearly in the tsunami of mental health issues witnessed in urban Britain and elsewhere. Our biographies are embroiled in the vicissitudes of a restless global capitalism and it is not surprising that economic precarity is being felt deeply as the defining existential challenge of today.”

Chris Murray, co-author of Psychology & the City: The Hidden Dimension, said: “Cities are the solution, not the problem, and it is clear that more and more people want to live in them. We are a very adaptable species, but there is evidence that we struggle to cope with some of the demands of city living, which in evolutionary terms is a new experience.  It is astonishing then that psychology, the single discipline most concerned with our mental and emotional functioning, is not more recognised as a tool in planning, making and managing cities. It offers a rich, virtually untapped seam of knowledge and at this event we aim to bring that to light.”