Helen qualified from Liverpool in 2003 and after a period in mixed practice returned to Leahurst farm practice. She is an RCVS and European Specialist, and holds both the certificate in cattle health and production and European Diploma in bovine health management. Her interests are wide ranging. At present she is involved in projects concerning bull fertility and sheep lameness, especially looking at CODD but also has expertise in most dairy herd problems.

Pippa graduated from Cambridge in 2004. Since then she has worked in mixed practice in North Wales, Lancashire and Shropshire, as well as a spell working with big game in South Africa. She returned to the borders of her native Merseyside to join the Leahurst Residency programme, during which time she completed the Diploma in Bovine Reproduction. Pippa is now a Lecturer in livestock health and welfare, and has a wide range of interests across farm animal practice work, especially in dairy practice.

Niall graduated from the University of Liverpool in 2011. Since qualifying he has worked in mixed practices in North Wales and Shropshire, along with a stint in small animal practice in Liverpool. Niall joined the farm practice team in 2016. He enjoys all aspects of farm work, with a particular interest in surgery. When not working, Niall is usually tending to his young family. In his ever decreasing spare time Niall plays for the Liverpool Wolftones Gaelic football team, who compete within the Lancashire league.

Chris graduated from Cambridge in 2011 and for the next 5 years worked in Devon as a mixed and farm animal vet except for 7 months spent in dairy practice in New Zealand. After moving to Wales in 2016 he worked as a locum for a variety of practices before starting at Leahurst Farm Animal Practice as a farm animal resident in 2019. Chris’ wife Liz is also a farm vet who works near Oswestry and they have a 14-month old son Sam.

Chris is working towards his Diploma from the European College of Bovine Health Management. He enjoys fertility work and surgery and is currently involved in a project looking at mastitis and lameness in dairy cattle. He also enjoys climbing mountains, cycling, kayaking and being outdoors although he finds parenthood limits this lifestyle.

Nichol graduated from Liverpool University in 2012 and started an internship at the Leahurst Farm Animal Practice straight away. After a brief time in mixed practice in North Yorkshire, she returned to Leahurst as a Resident. She has since completed her residency and will return to the farm team in September 2019. Nichol enjoys all aspects of farm animal work, especially cattle and sheep obstetrics, surgery and health planning. Outside of work Nichol spends most of her free time training and competing in Flyball and agility with her dogs. 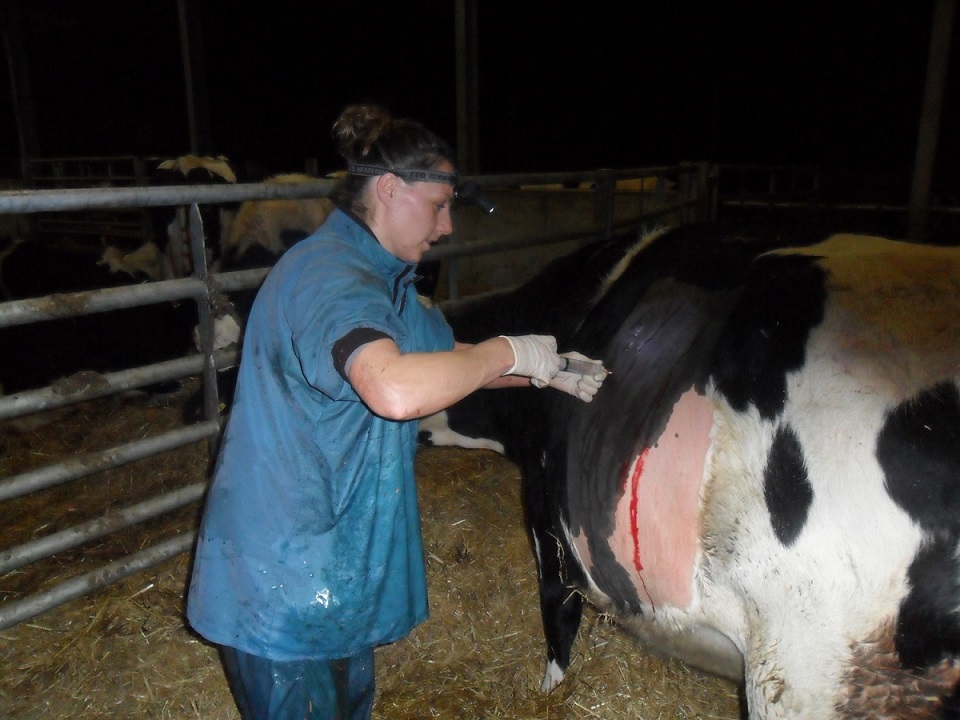 Rachel qualified in 2009 from Bristol and spent 2 years in mixed practice in South Yorkshire, before moving to farm practice, working in Essex, Cheshire and Somerset. She says she has always enjoyed teaching, so a residency seemed a good way to be involved in teaching and to improve her own knowledge. She enjoys all aspects of bovine surgery and medicine, but particularly fertility. She is currently studying towards her European College of Bovine Health Managment Diploma.

Here at the Leahurst farm practice we are fortunate to have on our team recognised specialists in their fields whom the practice vets can call upon whenever extra expertise is required in solving our clients’ problems.

Amy graduated from Glasgow in 2009 and worked in farm practice in Wiltshire, before joining the Leahurst team on a Residency programme in 2011. Amy is currently undertaking a PhD so no longer attends routine visits during the day, but you may still see her if you require a vet out of hours! Amy enjoys all aspects of farm work and when not working, she spends her time playing netball, walking up mountains and generally enjoying the great outdoors. 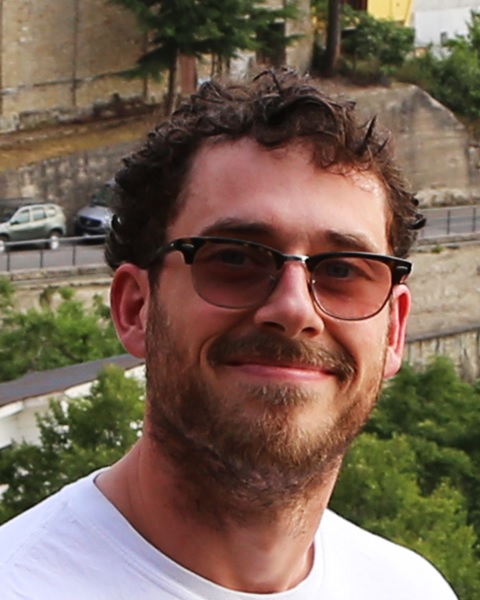 John graduated from the University of Liverpool in 2010. As part of his studies, he also completed a master’s degree in Veterinary Parasitology. Having spent some time in mixed practice in Wales, John returned to Liverpool in 2012 to complete a PhD investigating liver fluke infection in cattle under the supervision of Professor Diana Williams.

Since 2016, John has been working as a researcher and lecturer at the university investigating a range of parasitic diseases of livestock and domestic animals in the UK and abroad. John is also currently collaborating with the national animal disease information service (NADIS) to develop and produce their monthly parasite forecasts. 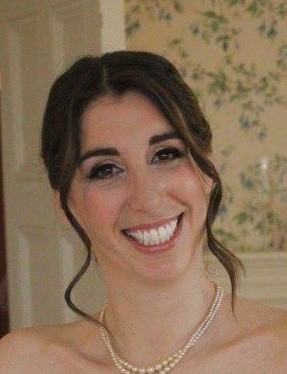 Amy graduated from Edinburgh University in 2005. She worked in both sole farm and mixed practice before embarking on a residency here at Liverpool, during which she completed the Diploma in Bovine Reproduction. Following a short stint back in general practice, she rejoined the team as a senior lecturer, and is a recognised RCVS Specialist in Cattle Health and Production. Amy enjoys all aspects of fertility work, herd health and preventative medicine. Out of work Amy is farmers’ wife with a herd of milking Jerseys. 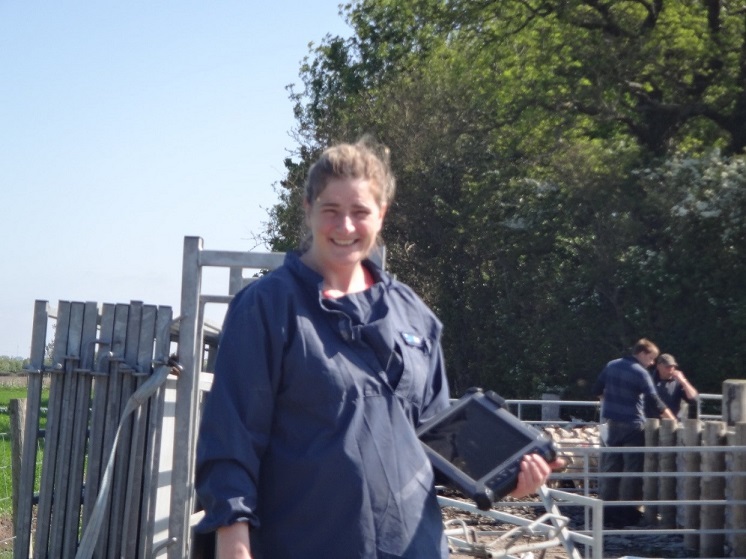 Jennifer is a veterinary surgeon and Senior Lecturer in Livestock Health and Welfare, in the Institute of Veterinary Science. She holds the European Diploma in Small Ruminant Health Management and a post-graduate Diploma in Veterinary Epidemiology and Public Health. She is responsible for the teaching of sheep veterinary medicine and animal welfare in the undergraduate veterinary curriculum and co-ordinates the postgraduate, RCVS Certificates in Advanced Veterinary Practice for sheep. Her research interests are sheep infectious diseases, neonatal lamb disease and sheep welfare. 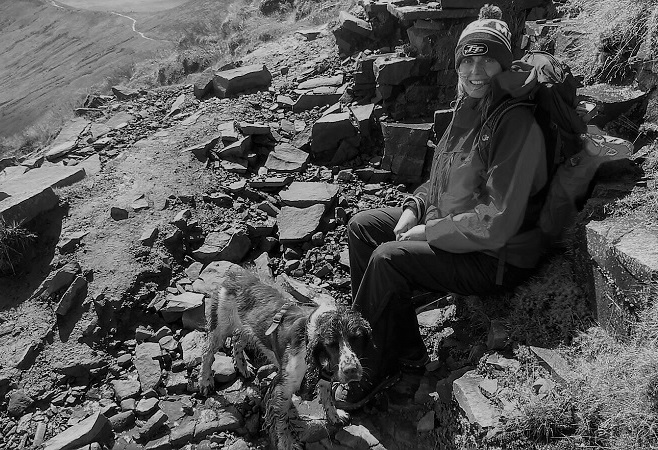 Emma has a wide range of research interests including ruminant nutrition, fertility, animal behaviour and infectious diseases. Emma graduated from Liverpool in 2002 after doing an extra year at Leeds University on nutrition and a project at the Pirbright Institute on Rinderpest.  After graduation she went straight into farm practice in the Midlands before moving down south to continue working with livestock.  Emma returned to Pirbright to do a PhD on African Swine Fever (ASF) and after finishing went into farm practice in the South West. After a few years she returned to Pirbright, working with commercial companies and overseas governments before coming back to Liverpool. Outside of work Emma enjoys being outdoors as much as possible either in the hills or in the water! 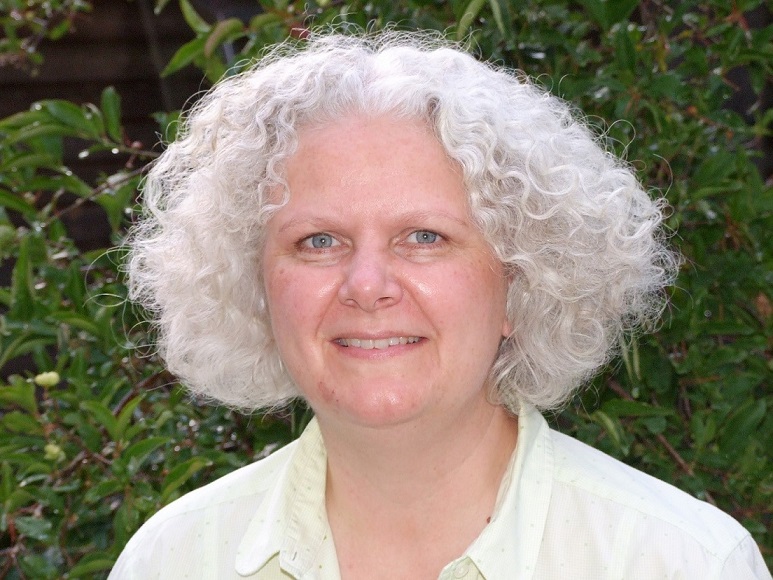 Karin is a RCVS and European specialist and diploma-holder in bovine health and a renowned camelid vet, and holds a MVSc in theriogenology. A German graduate, she has worked in private practice and academia in the UK and New Zealand. 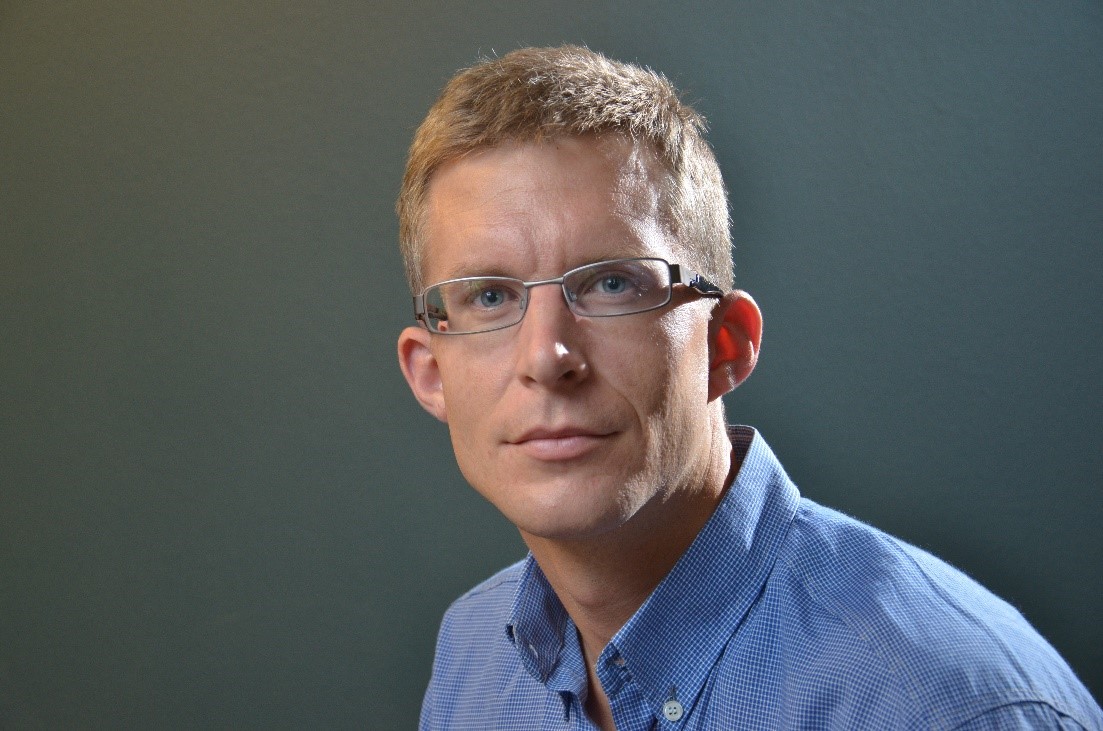 Joe graduated from the University of Cambridge in 2008 before undertaking an internship in Food Animal Medicine and Surgery at Colorado State University. He stayed at CSU to undertake an MS and Ph.D. in cardiopulmonary diseases of beef cattle whilst also serving as a dairy ambulatory veterinarian. After completing his doctoral degree in 2014, Joe became Assistant Professor of Animal Health and Well-Being at Texas Tech University, Lubbock, Texas. Joe joined the University of Liverpool in 2019. 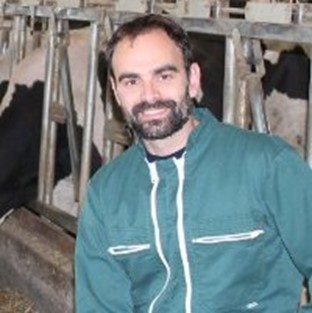 George is a Professor of Cattle Health and Welfare and RCVS Specialist in Cattle Health and Production and is involved in undergraduate and postgraduate teaching of dairy herd health and applied animal breeding and genetics. He graduated from the School of Veterinary Medicine, Aristotle University of Thessaloniki, and during his PhD studies he investigated the genetics of energy balance and reproduction in Holstein cows. He has worked as a research associate at Cornell University where he got involved in various research projects on dairy cattle lameness, mastitis, and reproductive diseases and was also introduced to the fascinating world of microbiomics. He was a co-Project Director on a USDA-funded project studying the dynamics of the mammary microbiome and is currently studying dairy cattle lameness using genomic and microbiomic approaches and funded by BBSRC, the Wellcome Trust, the Animal Welfare Foundation, and the Academy of Medical Sciences. The overarching objective of his research is the improvement of the welfare of dairy cattle and of the sustainability of dairy farms. He plays basketball and is a big fan of Aris Thessaloniki; he also enjoys reading and spending time in Piges (his village in Greece). 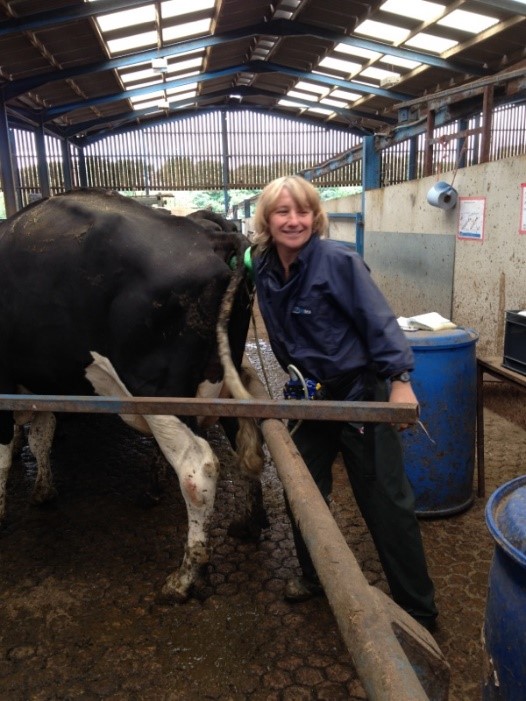 Jo qualified from Liverpool in 1991 and spent busy 16 years in practice in Cheshire before joining the University of Liverpool Vet School in 2007, where she continued in the Farm Animal Practice and latterly in Herd Health Team. She obtained her postgraduate Cert CHP (cattle Health and production) in 2008 and her Diploma in Bovine Reproduction (Masters) in 2012, enabling her to be recognised as a Specialist in Cattle Health and Production. Having been married to a dairy farmer for over 20 years it’s natural that Jo has developed interests in all aspects of dairy herd management and health. She spends her working time leading investigations into dairy herd problems and herd performance, collaborating in farm animal research and managing CPD courses for veterinary surgeons. In her spare time she enjoys her horses and dogs, is an accomplished amateur singer and actor with award winning Am Dram societies and likes to escape for a couple of weeks skiing when her husband can be spared from the farm. 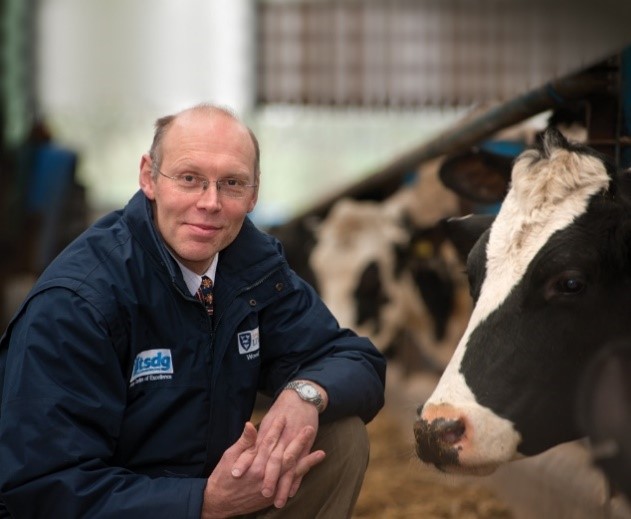 Rob graduated in Veterinary Science from the University of Liverpool in 1989 after also obtaining a degree in biochemistry. He cut his clinical teeth in mixed practice in mid-Wales before returning to PhD studies in neuroendocrinology. He joined the Farm Animal lecturing staff in 1997 and is currently Head of the Department of Livestock Health and Welfare. He is involved in undergraduate and post-graduate teaching and clinical practice, including being Course Director of the Diploma in Bovine Reproduction MSc course. He has a research interest in the effect of stress, such as lameness and negative energy balance, on reproduction, Neospora abortion and digital dermatitis. He is part of a group at Liverpool undertaking research to identify the drivers for antibiotic use in farm animals and speaks on therapeutics and responsible use of antibiotics to Veterinary and farming audiences. He has practical experience in herd management and monitoring of high yielding dairy cows and is increasingly involved in knowledge exchange projects and farm scale research as the lead academic in the Tesco Dairy Centre of Excellence, and working with animal nutrition companies. He sits on the Food Standards Agency Advisory committee on Animal Feedstuffs. 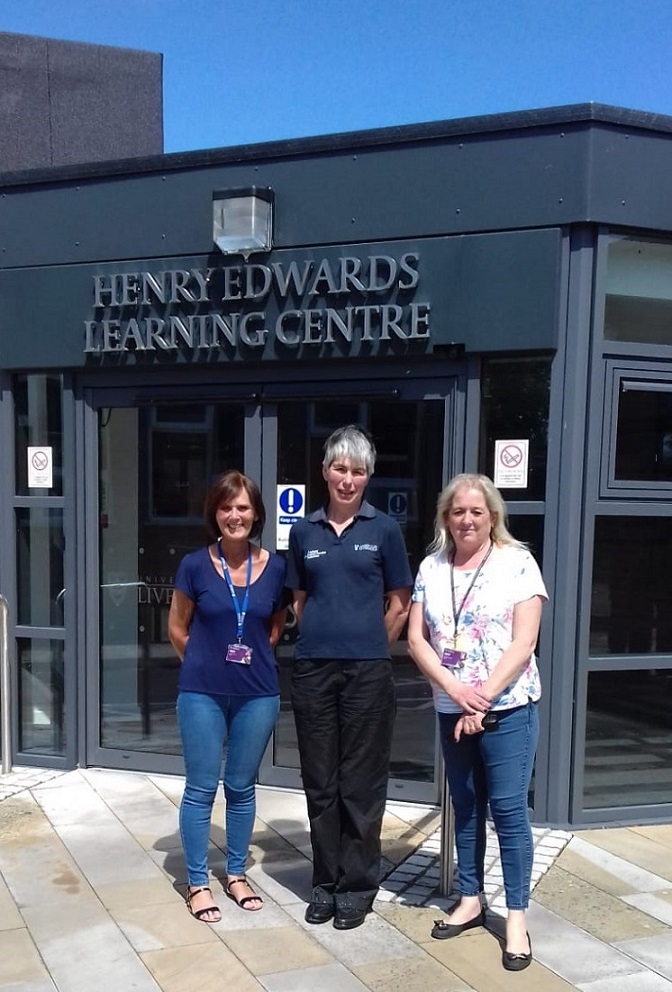 Cathy Astbury and Jeanette Hughes keep our office running smoothly, answer the phone all week and sort out clients’ requirements and drug orders.

Janet Davies takes care of all the equipment, cleaning, sterilising and organising it so that we are fully equipped when you need us.

Jason Mutch is one of our qualified foot trimmers. He has three towable Wopa crushes and is available daily for routine foot trimming as well as working with the vets on clinically lame cows.  Jason has been working with the practice for over sixteen years and has a wealth of practical experience with dairy cattle lameness.  He gained the Diploma in Bovine Foot Care in 1998.  As well as carrying out daily foot clinics on our clients farms he is actively engaged in the teaching of fourth and final year veterinary students.

Alistair is one of our Farm Practice technicians and qualified foot trimmers. His main duties being looking after inpatients on the yard and taking the students disbudding and foot trimming, as well as assisting the vets to help complete tasks. Alistair holds the Diploma in Cattle Foot Trimming. Having been brought up on a family dairy farm he has keen interest working with dairy stock.