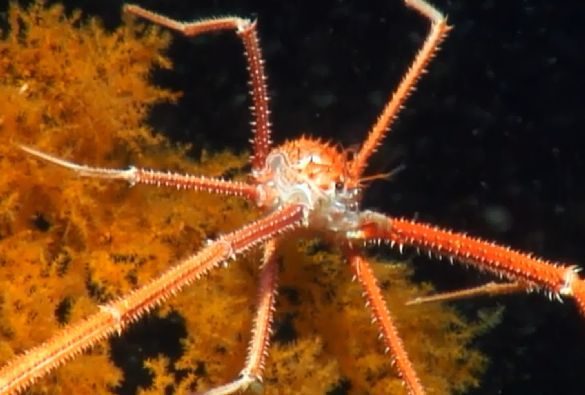 Scientists from the University of Liverpool have joined forces with teams across 10 European countries, the USA, and Canada to undertake the largest and most ambitious assessment of deep-sea Atlantic ecosystems ever undertaken.

With support from the European Commission’s Horizon 2020 funding programme, the €9 million ATLAS (A trans-Atlantic assessment and deep-sea ecosystem-based spatial management plan for Europe) project, launched this week in Scotland, marking the beginning of a series of expeditions involving at least 25 research cruises over the next four years.

Professor George Wolff, Lead investigator for the University of Liverpool's School of Environmental Sciences, said: “This exciting project is vital in protecting vulnerable oceanic ecosystems. We will focus our efforts on cold-water corals, hot spots of biodiversity, but which are threatened by human activity and ocean acidification. We will be using molecular and isotopic techniques to understand how the coral ecosystems tick.”

ATLAS will strive to improve understanding of the complexity of deep-sea ecosystems and to predict future shifts and vulnerabilities of these ecosystems and their associated species, including those that are new to science.

ATLAS Project Coordinator, Professor J. Murray Roberts, from Heriot-Watt University, said: “The north Atlantic was the birthplace of deep-sea biology and the cradle of oceanography. It’s the place we should know best, but it’s only over the last 20 years that we’ve uncovered just how varied and vulnerable the Atlantic’s deep-sea habitats really are.”

As well as carrying out pioneering research and discovery, a major goal of ATLAS is to develop a scientific knowledge base that can inform the development of appropriate international policies to ensure deep-sea Atlantic resources are managed effectively. This will contribute to the European Commission’s long-term 'Blue Growth' strategy to support sustainable growth in the marine and maritime sectors as a whole.

ATLAS also intends to carry out outreach activities to raise awareness of the importance and vulnerability of the Atlantic ecosystem and the impact humans are having on the ocean environment. This will contribute to a major international effort for 'Ocean Literacy' to make all European citizens aware of the importance of the oceans on everyday life on Earth and what actions they can take to help protect them.

Activities will include the development of deep sea education material, a travelling road show and a new interactive exhibition on the ocean at Dynamic Earth, a science centre in Edinburgh which receives over 220,000 visitors per year.

Watch the BBC news report of the project here: http://www.bbc.com/news/video_and_audio/headlines/36532758 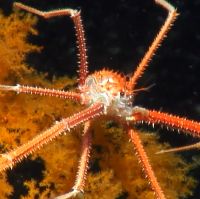