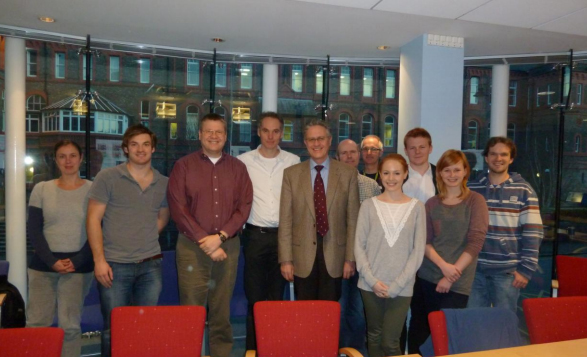 16 June 2011. Climate change briefing, to Lord Marland, Under Secretary of State for the Department of Energy and Climate Change, and Bishop James. 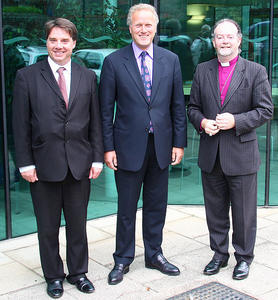 Lord Marland expressed how he benefited from the briefing: “(…) I found our briefing invaluable.   It is, however, fair to say that the Department of Energy and Climate Change had a strong team of researchers and experts so I did not go into the briefing without significant knowledge.  However, the impact of climate change on the oceans and the seas was demonstrated in greater detail through the briefing I received.  Clearly I was very impressed by my visit to Liverpool and the information provided helped me better argue the case for climate change in the Lords.”

Bishop James suggested the visit following two successful symposiums on climate change hosted by NOC and the University of Liverpool. 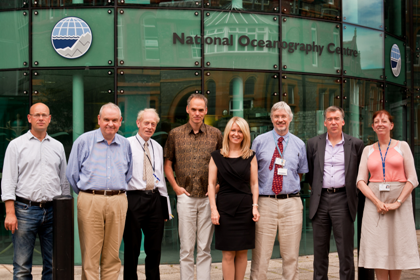 21 February 2010. 'Why trust a climate scientist?' A climate change briefing to Faith4Change, Talk and panel discussion with Bishop James and Church leaders in Merseyside.

3 September 2009. Climate change briefing to Bishop James of Liverpool. and other civic leaders (click here for programme and attendess). Talks were given by Prof Ric Williams, DEOS (A Wider View of the Climate System), Prof Chris Hughes, POL (Sea Level Science: Global and Local Relevance) and Prof Jonathan Sharples, POL (The Role of our Shelf Seas in Climate Change)

This event led to a mention on Radio 4 thought for the day, 18 March 2010 by Bishop James. Link for the transcript.

“They had a big impact on me because clearly the scientific facts underpinning the argument for climate change are essential to the public debate. Therefore when I had the opportunity of visiting the [Proudman] laboratory myself I was very encouraged because the presentation, although scientific, was presented in such a way that a lay person, like myself, could understand the argument.”

“I found that in different forums that [understanding the argument] was really important. In the House of Lords, where I take part in debates on the environment, to know that there was scientific evidence to underpin the arguments was very important to me personally."

"When you do ‘Thought for the day’ on the today programme, it’s at ten to eight in the morning, it’s one of the prime time slots. In between quarter to eight and quarter past eight that’s when the audience of the today programme peaks. And you are talking to millions of people at that particular moment, and many of them are opinion formers in our society. When I was doing that broadcast [18th of March 2010], I was able to show how my visit to the Proudman Laboratory had influenced my own thinking, and what you hope in such broadcasts is that you sow a seed and that somebody will then register and think “oh yeah, that’s where the research is done” and then if they need to follow it up they can”

Image: Prof Andrew Willmott (Director of POL) and the Bishop of Liverpool at the Climate System and our Oceans Meeting - Sep 2009