Architecture and the Unconscious Book Launch

We would like to invite you to an evening of discussion to celebrate the publication of Architecture and the Unconscious (Routledge, 2016) edited by John Hendrix and Lorens Holm.

Hosted by Lorens Holm, University of Dundee, and Jane Rendell, The Bartlett School of Architecture, UCL.

Followed by open discussion with the audience.

The event is free and open to the public. No booking required. 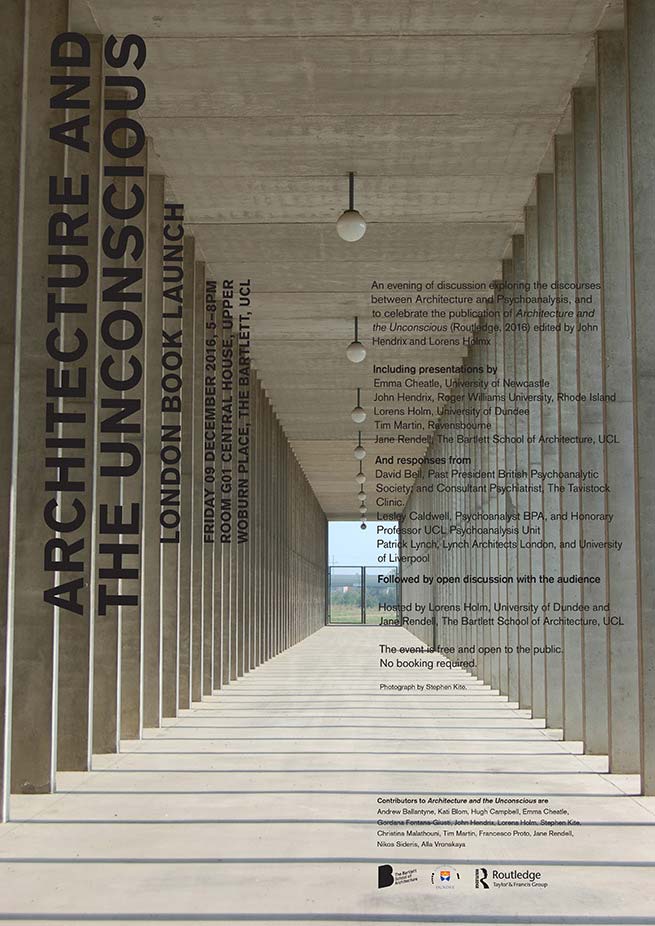