Dr Miguel A. Cortés-Giraldo studied Physics at the University of Seville; he graduated in 2006, obtaining the First Prize for Excellence in Academic Performance in Spain of his year. He developed his PhD project at the University of Seville, focused on the development and application of Monte Carlo tools in radiation therapy physics, especially with the Geant4 toolkit. Among other works, he contributed in the development of a patented detection system for radiotherapy treatment verification. He obtained his PhD in 2011.

Afterwards, Dr Cortés-Giraldo continued working at the University of Seville, where he is now an Associate Professor at the Department of Atomic, Molecular and Nuclear Physics (since 2016). During the last years, his main research line is related with the development and use of Monte Carlo codes for radiobiology with protons, but he has also worked in simulations applied to a wide variety of research topics, from neutron physics to radiation dosimetry in aircrafts. Furthermore, he has participated in the design of proton beam lines optimized for radiobiology experiments at the Centro Nacional de Aceleradores (CNA; Seville, Spain), and actively collaborates with the Roberts Proton Therapy Center / University of Pennsylvania (Philadelphia, PA, USA) and the Technological Institute of Aeronautics (São José dos Campos, SP, Brazil). He is also a member of Geant4 and n_TOF collaborations.

Dr Cortés-Giraldo has supervised one PhD thesis and is currently supervising three PhD projects. He has published over 40 papers in scientific journals and a book, for the general public, on Biophysics. 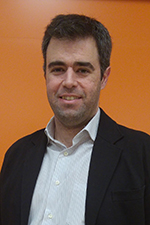