As a member of the QUASAR Group Alex Alexandrova joined the other QUASARs from the Cockcroft Institute/University of Liverpool, CERN and at RIKEN in Japan for a full 24 hours video conference meeting – the first-ever ‘QUASARthon’. The whole Group gathered to work on special tasks that can typically not be covered due to many other commitments including planning future publications and producing an outreach WEBCAST video for internet distribution. 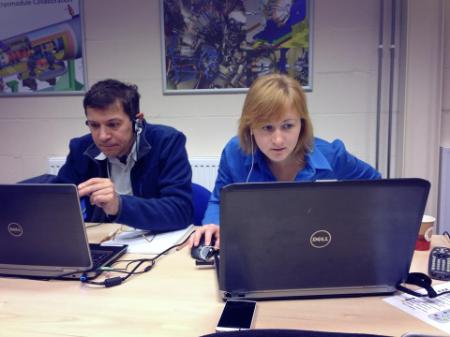 The morning of the 13th November was dedicated to a full revision of the QUASAR Group welcome booklet, as well as the Group web site. All information was critically reviewed and updates made during the event.

‌Scientific outputs that shall be realized during the coming 12 months were the next focus: All group members drafted abstracts of journal papers and conference contributions they are planning to write in the near future. These were then reviewed by two other QUASARs independently. Critical feedback allowed finalizing a very large number of abstracts, involving the whole group. 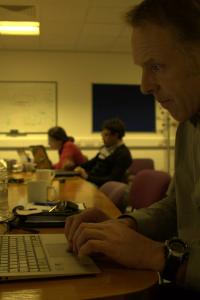 Communicating science was the next point on the busy agenda. Conference papers published in 2013 from outside the group were used as a basis for developing targeted questions for undergraduate students who are following the accelerator physics course at the University of ‌Liverpool. This was followed by planning of a future conference and investigating into possible venues for a major conference that shall be organized by the Group on Mallorca in 2015. 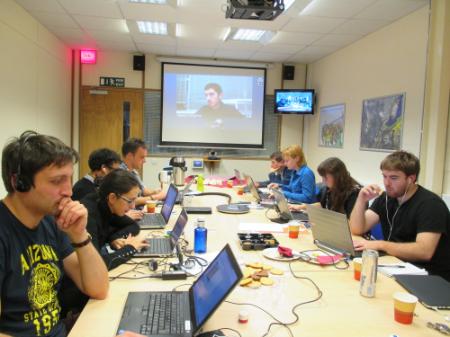 Finally, scientific outreach dominated the night with four different groups producing short films about research projects carried out by QUASARs at the moment. So watch out LA³NET fellows, Alex is now leading the way with her outreach WEBCAST describing the significance of the Laser Velocimeter.

The first QUASARthon was a very intense and challenging that allowed a large number of different activities to be covered. The event also contributed very positively to maintaining a very good atmosphere within the Group.