GANIL is one of the four largest laboratories in the world dedicated to research using ion beams. Its experimental program ranges from radiotherapy to the physics of the atom and its nucleus, from condensed matter to astrophysics. 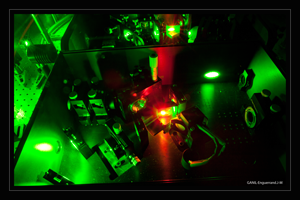 ‌In nuclear physics, work at GANIL has led to numerous discoveries related to the atomic nucleus, to its thermal and mechanical properties, and to so-called exotic nuclei, as these do not exist naturally on Earth. For 10 years, GANIL has been one of the major facilities in the world for delivering accelerated radioactive ion beams with SPIRAL1. As the host facility for the next generation RIB factory SPIRAL2, GANIL is naturally involved in the R&D programs for the production of new radioactive beams. The GANIL team has a large experience with the development of target and ion source systems and with the production of radioactive nuclei with ISOL separators based on ECR ion sources.

‌Many developments and prototypes led to patents on ECR ion sources. The environment of a renowned laboratory will be both interesting and intellectually enriching for the trainee: Ample of opportunities will be given to establish new contacts with key scientists and ESRs and cutting edge research methods will be transferred to the trainee through close collaboration with the supervisor and collaboration with external research teams coming to GANIL to perform their experiments. 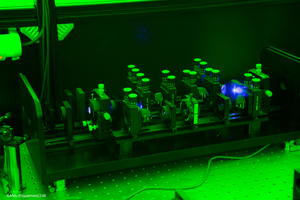 On the experimental side, the equipment presently available is probably one of the most complete in the world in the field of intermediate energy heavy ions. Many original discoveries, highly praised internationally, made by the staff members of GANIL underline the high quality of the research presently being pursued on site.

The GANIL Physics Group will offer the possibility to make first steps in active research being accompanied by leading physicists in experimental nuclear physics and radioactive ion beam development.