To produce the antihydrogen beam, antiprotons from the Antiproton Decelerator at CERN are caught and stored in the MUSASHI trap while positrons are obtained from a sodium-22 source and a neon moderator then stored in the positron accumulator. They are merged together to form antihydrogen atoms in a double-Cusp trap (see figure 1), which consists of a multi-ringed electrode trap housed within a magnetic field produced by a pair of superconducting coils in an anti-Helmholtz configuration. Positrons and antiprotons are mixed in a region of strong magnetic field within a nested Penning trap that lies before the first of two cusps. The cusped field helps to focus and polarise cold ground state antihydrogen atoms, thus leading to a polarised antihydrogen beam. 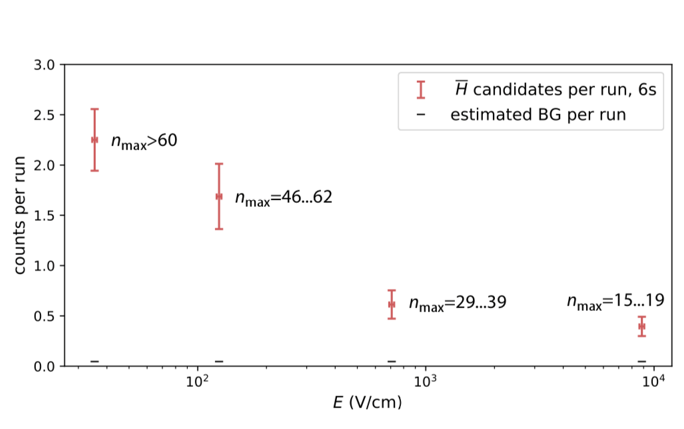 Currently, upgrades are being performed at CERN’s Antiproton Decelerator in order to increase the number of antiprotons available to experiments for antihydrogen formation. At the same time, ASACUSA is using the matter counterpart of antihydrogen atoms - hydrogen atoms - to study and improve the antihydrogen production and beam formation process, including ways to de-excite Rydberg atoms by plasma collisions or using laser light. In addition, ASACUSA is improving the efficiency of the experiment by upgrading the antihydrogen detector: faster timing and higher position resolution will improve the reconstruction of antihydrogen annihilation events and thus overall detection efficiency.