Vladimir Gilelevich Maz’ya, one of the most distinguished analysts of our time, has recently celebrated his 75th birthday. This personal landmark is also a great opportunity to reflect upon the depth and scope of his vast, multi-faceted scientific work, as well as on its impact on contemporary mathematics.

It is no easy task to re-introduce to the general public a persona of the caliber of Vladimir Maz’ya. Nonetheless, the narrative of his life is such an inspirational epic of triumph against adversity and seemingly insurmountable odds, of sheer perseverance and dazzling success, that such an endeavor is worth undertaking even while fully aware that the present abridged account will have severe inherent limitations.

Considering the sheer volume of his scientific work and scholarly activities, one might be tempted to regard Vladimir Maz’ya as the perfect embodiment of this credo. However, with his larger-than-life personality, boundless energy, strong opinions and keen interest in a diverse range of activities, Vladimir Maz’ya transcends such a cliche: he is a remarkable man by any reasonable measure. His life, however, cannot be separated from mathematics, regarded as a general human endeavor: much as his own destiny has been prefigured by his deep affection for mathematics, so has Vladimir Maz’ya helped shape the mathematics of our time. Meanwhile, his views on mathematical ability are rooted in a brand of stoic pragmatism: he regards the latter not unlike the skill and sensitivity expected of a musician, or the stamina and endurance required of an athlete.*

Because of Maz’ya’s ability to give complete solutions to problems which are generally considered as unsolvable, Fichera once compared Maz’ya with Santa Rita, the 14th century Italian nun who is the Patron Saint of Impossible Causes.** 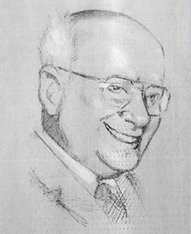 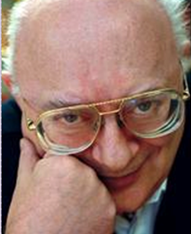