Dr Charles Delacourt is a CNRS researcher at Laboratoire de Réactivité et Chimie des Solides (LRCS) in Amiens, France. He is an expert in Li-ion batteries, with a focus on characterising and modelling ageing processes in lithium-ion batteries. Charles holds a PhD from University of Picardie (France) under the supervision of Prof C. Masquelier and did his postdoctoral studies at Lawrence Berkeley National Lab (USA) in the group of Prof J. Newman. He is the author of 44 peer-reviewed papers and was the recipient of several awards including the ‘2009 Oronzio and Niccolò De Nora Foundation Prize of ISE on Applied Electrochemistry’ and the ‘2011 Carl Wagner Medal of Excellence in Electrochemical Engineering of the European Federation of Chemical Engineering’. 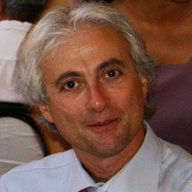 Prof Andrea Di Cicco, head of the Physics Division, School of Science and Technology, University of Camerino (Italy). He published more than 160 publications in international journals and is cited more than 4000 times (November 2013) in the literature (current h-index is 34). His main research activity regards development and performance of X-ray absorption, scattering and photoemission experiments at international synchrotron radiation facilities. He is currently engaged in researching matter under extreme conditions and on nanomaterials for energy applications, being responsible of several scientific projects financed by national and international institutions. 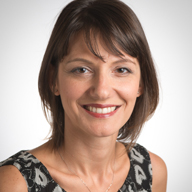 Dr Valentina Gentili, Principal Scientist, has over 10 years expertise across a wide range of disciplines within the lithium ion battery field, including research into advanced polymer electrolytes, synthesis of nano-materials for Li-ion cells; as well as the electrochemical and thermal characterisation and testing of commercial cells as well as next generation Li-ion technology for use in cutting edge energy systems for HEV, PHEV and BEV platforms. PhD in Chemistry from the University of St Andrews having researched novel “Nanomaterials for use as anodes in Lithium-ion Batteries”, Valentina leads R&D projects including, internal JMBS, UK government and EU commission supported collaborative projects. 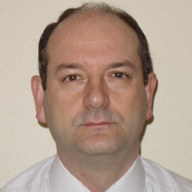 Andrés Gomez is a Project Engineering Manager and Head of Innovation in Nuclear Department at Iberdrola, having been with the company for more than 25 years. He is a qualified Industrial Engineer specialising in Energy Technologies. Andres holds a higher degree in Multiphase flow and heat transfer from ETH Zurich and is a member of the ‘Official College of Industrial Engineers’, and the ‘Spanish Nuclear Society’ (as Iberdrola’s representative in the Technical Committee). 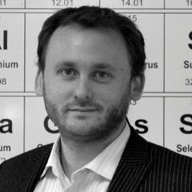 Dr Laurence Hardwick is a Reader (Associate Professor) within the Department of Chemistry at the University of Liverpool and a member of the Stephenson Institute of Renewable Energy. He has over 10 years’ experience in the field of lithium-ion batteries, with particular focus on probing the electrode interface with a variety of in situ techniques such as Raman, infrared and synchrotron X-ray scattering. As well as Li-ion batteries, his research interests include metal-air batteries and asymmetric supercapacitors. He is the author of over 35 peer-reviewed papers. To learn more about the group’s research and link to past and resent papers please go to group webpage. 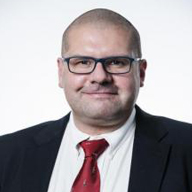 Prof Marek Marcinek graduated from the Warsaw University of Technology (Honoured by Fiat for best Master Thesis in 1999). Defended a PhD with honours 2003 and DSc (Habilitation) in 2012. From 2004-2007 he worked at the Lawrence Berkeley National Laboratory Berkeley/California. Additionally, Marek has worked for many Energy Storage Programs: Alistore, Batt, and ATD. In 2007 he was honoured by a two year grant Homing by the Foundation of Polish Science. 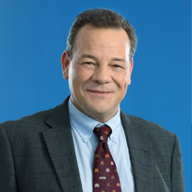 Prof Stefano Passerini, Chemist, has been working since 1986 on basic and applied research devoted to study and characterize materials and systems for electrochemical energy storage. Stefano is a world leading figure in lithium-based electrochemistry, an area that he has been working in for over 25 years. He has been involved in many lithium battery projects, in Germany and Europe, and has patented a number of new material developments. His main areas of research are polymer electrolytes; inorganic sol-gel materials and ionic liquids; and lithium batteries. He is author/co-author of over 250 publications in ‘peer reviewed’ international scientific journal, 5 book chapters and about 15 international patents. He is Editor of the Journal of Power Sources. 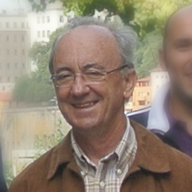 Prof Joao Pinto is a Full Professor of the Department of Physics in the University of Aveiro. He has lectured on many different theoretical and practical courses, namely Applied Optics, Optoelectronics and Advanced Topics in Physics. His current research interests include optical communications, Bragg gratings systems, optical image processing, holography and promotion of physics in society. He is presently a member of I3N-Aveiro, Institute of Nanostructures, Nanomodelling and Nanofabrication and collaborates with IT-Aveiro, Institute of Telecommunications. He leads the Optics Group and has published a number of papers related with fibre Bragg grating sensors, including Sensors and Actuators B-Chemical, Sensors Journal IEEE etc.

Hanna Rajantie received her MSc in Chemistry from Helsinki University of Technology, Finland, in 1998 and PhD in Chemistry from University College London, UK, in 2001. She joined Johnson Matthey Emission Control Technologies, Royston UK, in 2001 working on automotive diesel applications. Since 2005 she has been based in Johnson Matthey Technology Centre, Reading UK. She has led projects in fuel cell research, extrusion and process development in emission control area and flame spray synthesis of nanoparticles. She is currently working in the battery research group within the catalysts and materials department. 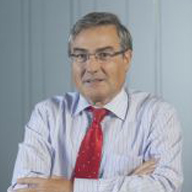 Prof Teófilo Rojo, full Professor of Inorganic Chemistry at the University of the Basque Country and Scientific Director of CIC Energigune since 2010. His research has been focused on solid state chemistry and materials science; with emphasis on the study of materials for lithium and non-lithium based batteries to improve power and energy density by exploring new compounds, optimised microstructures and through the study of mechanisms that govern their performance. He has co-authored more than 350 articles in international journals with more than 6000 citations (h-index is 42). He is co-author of ten book chapters and co-editor of two books.

Dr. Christian Schreiner, Chemist, obtained his PhD on the synthesis and characterisation of ionic liquids for electrochemical applications. After working on polymers and ionic liquids during a Postdoc position at Virginia Tech (USA), he joined the MEET Battery Research Institute at The University of Muenster where he supervised a research group working on electrolyte components (salts, solvents, additives) for lithium ion batteries and their influence on the SEI formation on graphite. He then joined SGL Carbon some years ago where he manages various development projects, e.g. related to the production of graphite as anode material for lithium ion batteries. He is author/co-author of more than 20 publications and patents.