GSI is operating a world-wide unique accelerator facility for heavy ions comprising a linac, a synchrotron and a storage ring. The facility allows the production and acceleration of ions ranging from protons up to uranium. The high energy heavy ion beams are used to produce and separate rare isotope beams produced by projectile fragmentation. Based on the experience with the existing accelerators GSI has designed the accelerators of the new international Facility for Antiproton and Ion Research (FAIR) which is amongst Europe’s largest accelerator projects presently pursued. 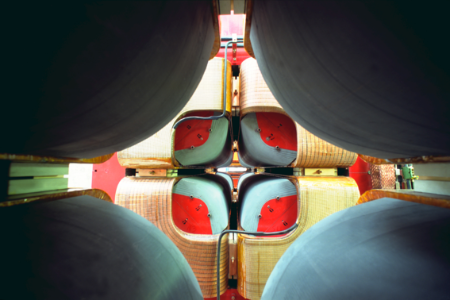 ‌The research covers a broad range of fields extending from nuclear and atomic physics to plasma physics and is also engaged in materials research, biophysics and cancer treatment with heavy ion beams. GSI is most famous for the research of heavy elements culminating in the discovery of six new chemical elements. GSI has developed a new type of cancer treatment using carbon beam. This advanced technique is the basis for a new generation of dedicated medical accelerators which is built in industry and delivered to hospitals for patient treatment.