The Department of Mathematical Sciences is delighted to welcome Professor Hélène Esnault to deliver the fifth annual Terry Wall Lecture, which will take place on Tuesday 27th April 2021 at 2:00pm.

Professor Esnault's talk is entitled "Local Systems in Geometry and in Arithmetic".

Abstract:  In 1829 at age 20, shortly before his death, Galois developed the Galois theory of  fields.  In 1851 Riemann defined the notion of Riemann surfaces, and proved the deep Riemann existence theorem. In 1895 Poincaré developed the theory of fundamental groups of topological spaces. In 1960 Grothendieck understood that those notions are all analog, for Galois on the arithmetic side, for Riemann and Poincaré on the topological side. Current research tries to understand how deep Arithmetic and Geometry are linked. Deligne in the 80’s promoted the concept of ‘Arithmetic Geometry’. A topic of burning interest is to understand arithmetic objects which come from geometry.

This event will be hosted by ICMS. Please register at https://www.smartsurvey.co.uk/s/TerryWallLecture2021/ . You will be sent a link to the Zoom meeting on the morning of April 27th.

Hélène Esnault is Einstein Professor at the Freie Universität Berlin. She received her PhD in 1976 from the Université Paris-Diderot, under the supervision of Lê Dũng Tráng. She has made outstanding contributions to many areas of modern Algebraic Geometry, from complex projective manifolds to varieties in positive characteristic and arithmetic geometry. The exceptional variety of her research interests ­–including cohomological methods, motives and Chow groups, deformation theory, singularities and rational points—makes her a unique expert in the field.

Among many honours, she was awarded the Prix Paul Doistau-Émile Blutet of the Académie des Sciences de Paris in 2001, the Gottfried Wilhelm Leibniz Prize in 2003, and the Cantor medal in 2019. She is a member of the Academia Europaea and the Nationale Akademie der Wissenschaften Leopoldina.

About the Terry Wall Lecture

The Terry Wall Lecture is an annual lecture on a topic in Pure Mathematics (broadly construed) by an internationally distinguished speaker. The lecture is named in honour of Professor Terry Wall FRS,  Professor of Pure Mathematics at the University of Liverpool from 1965 until his retirement in 1999. During this time he served terms as Head of the Department of Pure Mathematics and as President of the London Mathematical Society. His research has been recognised by a number of prestigious awards and honours, including the Senior Whitehead Prize and the Pólya Prize of the LMS, the Sylvester Medal of the Royal Society, and election as a Fellow of the Royal Society. 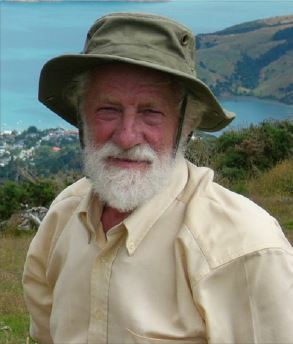