Want to enter the Alder Hey creative writing competition about trees but don’t know where to begin? Try some of the writing ideas below for inspiration!

Step A
Find a face in the bark of a tree:  maybe where the knots in the wood, bark and moss create a face-like shape, and where the branches make the hair. This can be a real tree you have seen outside or a tree you have imagined. Hold the tree’s face in your imagination or you could even draw it if you wanted to.

Here’s a photo of one of our favourites. Can you see how the bark looks like an eye? 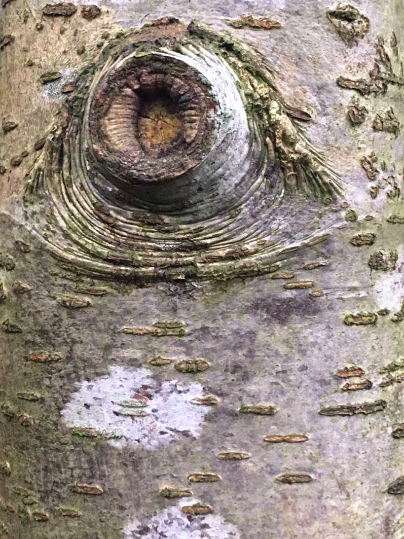 Step B
Think about what kind of character it has. Could the texture of the bark, the shape of the branches, roots and leaves give you any clues about its personality?

Step C
After you have decided on the character of your tree, try to write a poem that has this tree tell its story. This could be what the tree sees from where it stands, what it hears climbing amongst its branches, the animals that burrow under its roots or how it watches its leaves change with the seasons.

You could start your poem by introducing it, for example:
I am a grumpy knotted old oak

Then perhaps where it stands:
I stand in a dark and gloomy wood

What it looks like:
My lumpy branches reach far and wide

What it can see:
Around my roots I can see bluebells blinking

What it can hear:
I can hear squirrels squabbling amongst my leaves

Your poem does not have to rhyme, but be as descriptive as you can and make sure your tree says something different on each line.

Choose one kind of tree from the names in the picture below, or find one of your own.

If you are not sure what that kind of tree looks like, perhaps have a look on the internet, or get somebody to do this for you.


Now you can start to create your own tree spell poem

Step B
Write your tree word down (vertically) and in capital letters like this:

Step C
On a separate piece of paper, write down tree-related words that begin with these letters. You could even think about:

The creatures, plants and animals that live on it:
Insects, Bugs, Beetles, Crow, Raven, Rot

Step D
Fill in the lines with any the words you have thought of:

Step E
Then develop your ideas with more interesting detail. For example:

Write a pattern poem in the shape of a tree or leaf. Here’s an example. 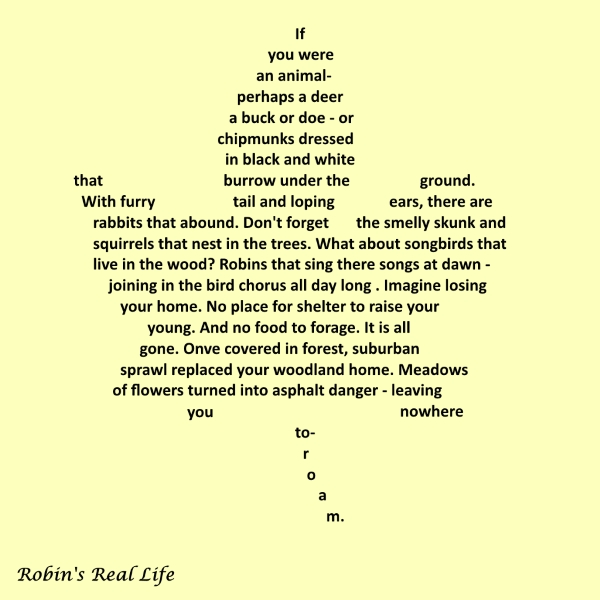 Write a haiku poem about trees. A haiku consists of 3 lines. The first and third lines have 5 syllables, the second line has 7 syllables. Here’s an example:

Trees embrace the sun.
They shelter its light within
And keep on burning.

Once you have written a few haikus put them together into a single poem!

Idea 5: Describe a Person as a Tree

Write a poem which compares a person with a tree. Think hard about why the comparison is a good one: Is it the way they stand? The Way thewind rustles through their hair and clothes? The way they keep secrets? Because they are old like a tree? Because they shelter lots of other living things? You might be inspired by this illustration which shows how our arteries and veins mean that we are strangely tree-like. 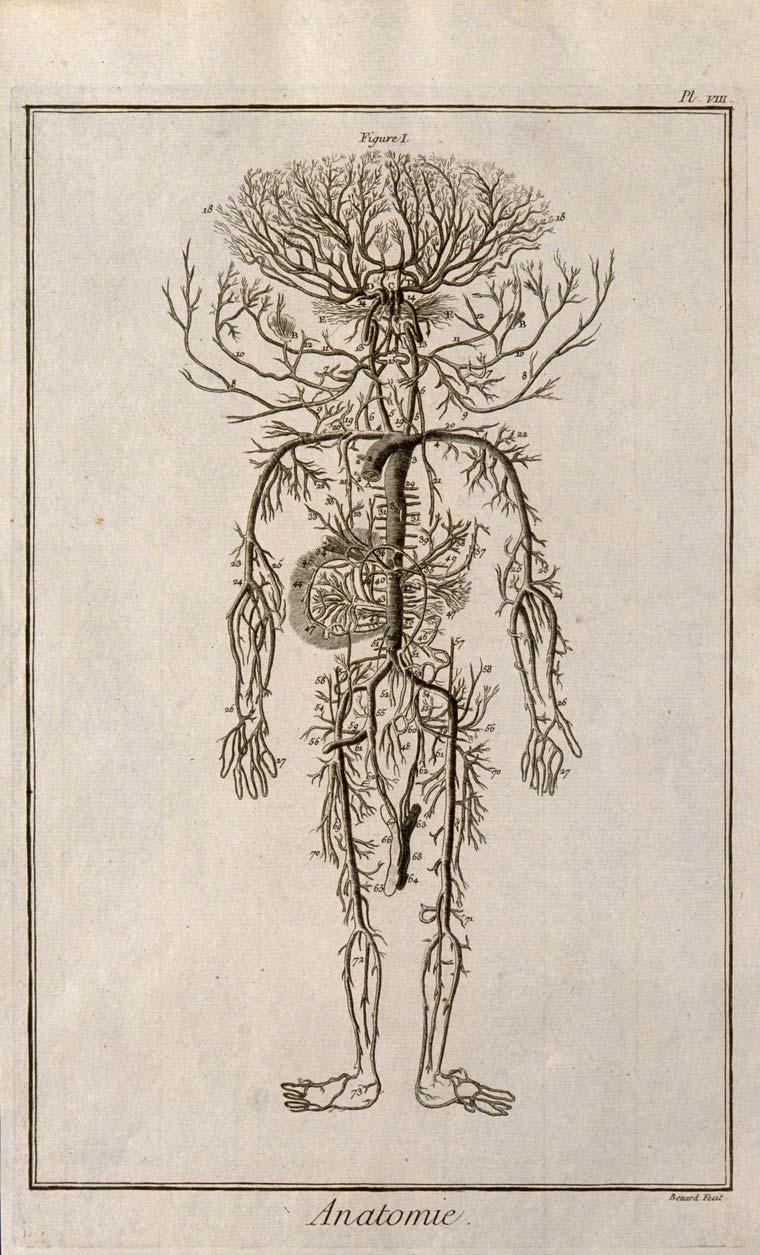 Idea 5: What do trees know?

Trees stand in the same place for a long, long time. What do they see that we don't? What do they know that humans cannot imagine?

Trees are very important. Not just because of the way we feel but for our health and the planet’s health. They provide habitats for all sorts of other life. They take in carbon dioxide which helps reduce the effects of climate change. But in some parts of the world like the Amazon rainforest, trees are being cut down at a great rate. Write a poem about why we need to care about and save the trees.

We are really looking forward to seeing all your poems. Remember: they don't have to rhyme. They don't even have to be written down! You can send us a video or an audio recording if you like.


Here are some more of our favourite tree poems.

What are your favourite poems? We'd love to hear. Send them in to us at the University of Liverpool's Literature and Science Hub by emailing s.solnick@liverpool.ac.uk