Literature, Science and Environment: Our researchers 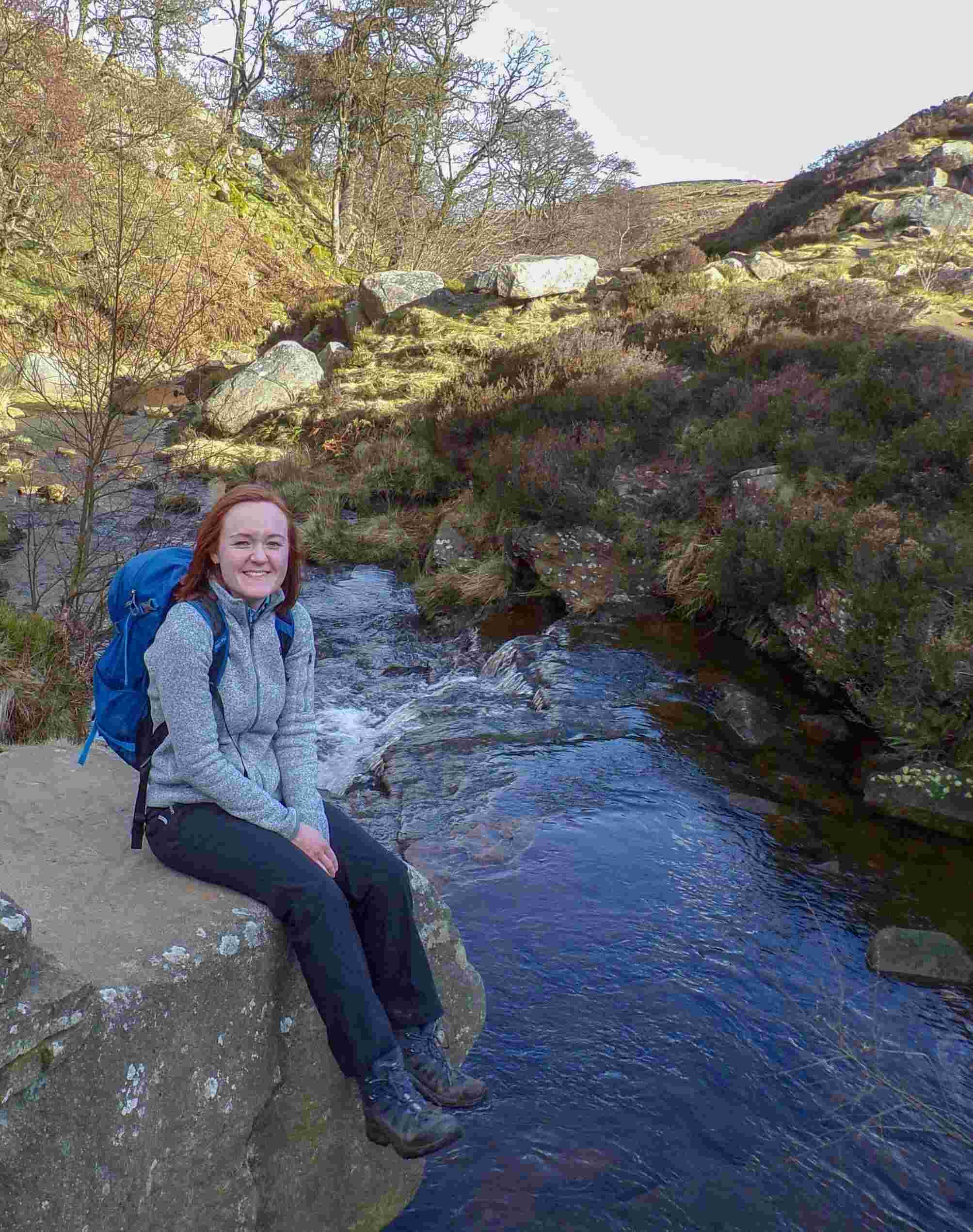 I am the Alan Frederick Price Teaching Fellow. My research is concerned with the representations of landscape in long nineteenth-century literature, with a particular focus upon arboreal environments and tree culture(s) during the period. I also explore the 'picturesque' writings of William Gilpin (1724-1804), and how far these works can be considered in the context of natural history and nature writing. My first monograph is forthcoming with Routledge. 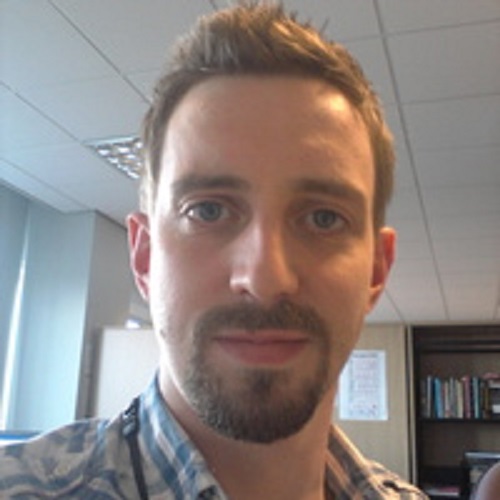 My research focuses on the literature of the English Renaissance, and in particular on the drama of Christopher Marlowe. I have recently published a monograph which discusses the idea of unity in Marlowe’s plays, and in which I discuss Marlowe’s engagement with pseudo-scientific philosophical thought of the kind espoused by the Elizabethan magus and mathematician, John Dee. I am currently beginning a project on the island environment in the Renaissance literary imagination. I am particularly interested in the ways in which the isolation of the island space allowed early modern writers to explore ideas of utopia and to interrogate notions of collective identity. 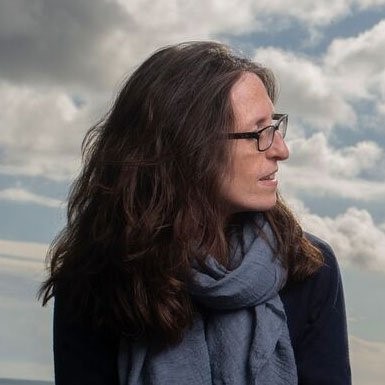 My research focuses on environmental history, and specifically on climatic history and historical climatology, on human responses to unusual or extreme weather events, conceptualisations of climate variability in historical perspective and the links between climate and the healthiness of place. Much of my work has been concerned with colonial Mexico and nineteenth century Africa though for the past few years I have been working on various projects that focus on British climate history. I am curious to explore reasons behind the apparent British 'obsession' with the weather. As part of AHRC-funded research projects, I have co-curated exhibitions and also worked with poet and playwright Matt Black on the production of a play, The Storm Officer, which was inspired by some of my work on historical extreme and unusual weather in the UK. 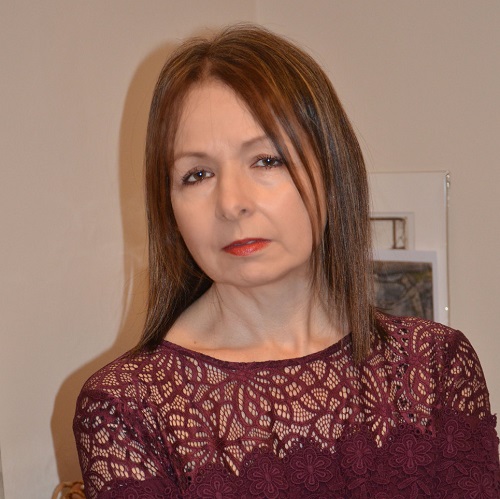 My research is on the history of science and gender, predominantly in the nineteenth century, with a focus on women, learned societies and networks, and representation. I have worked with the Royal Society on the AHRC-funded Women in Science Research Network, and have contributed talks/podcasts as part of the Society’s programme of public lectures. My book Femininity, Mathematics and Science (Palgrave) won the 2010 Women’s History Network book prize. 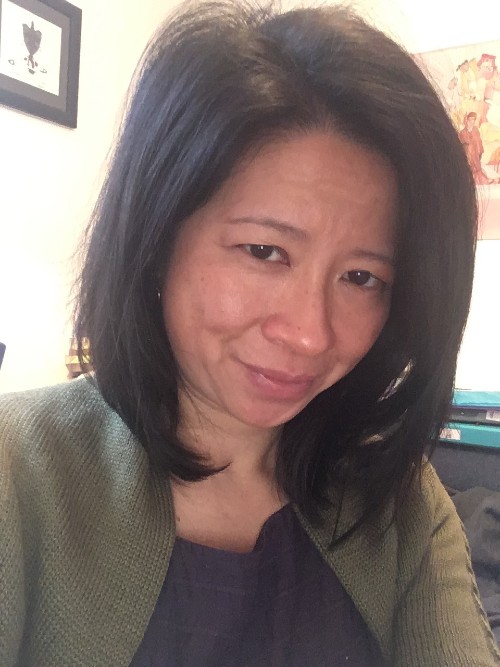 Lucienne Loh is interested in the damaging effects on mental health stemming from the trauma of racism, especially within the Chinese community in Britain. She is also interested in arts-based therapy practice, especially creative writing. Lucienne's broader ongoing research involves discourses of the natural environment and rural spaces, especially in the context of immigration and the legacies of empire. 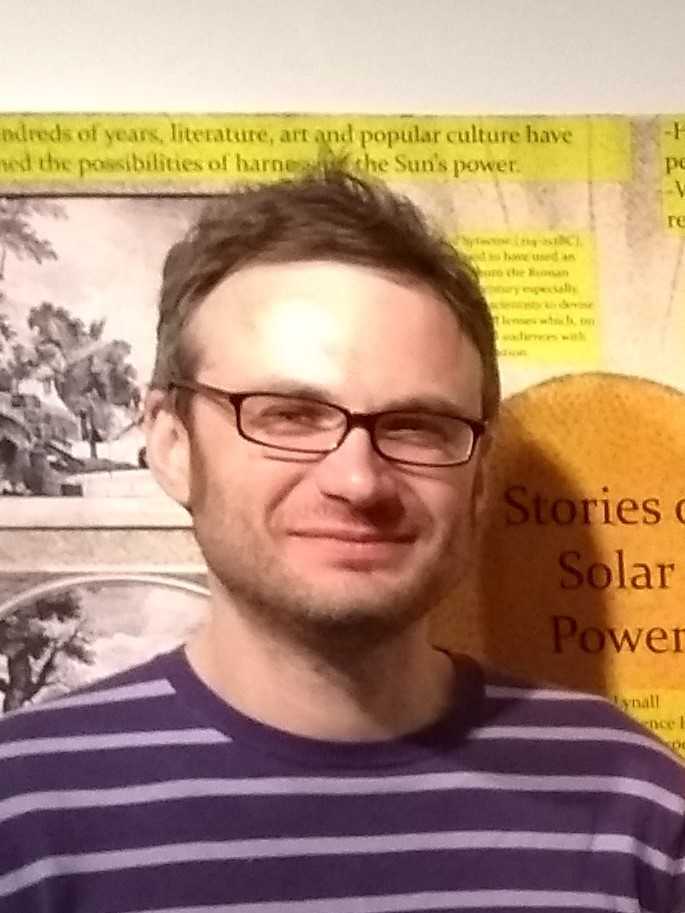 Funded in part by a fellowship from The Leverhulme Trust, my current book project is a cultural history of solar energy, to be published by Bloomsbury Academic. Whilst my work in energy humanities is transhistorical, eighteenth-century literature and science continues to be an area of focus. I am particularly interested in the role of satire in British cultures of natural knowledge, with my publications on this topic including Swift and Science (2012) and contributions to two Oxford Handbooks. I am co-editing (with Professor Paul Baines) the early prose of Alexander Pope for the forthcoming OUP Works, and also working on a biography of Dr John Arbuthnot, the eighteenth-century satirist, mathematician, and physician. As well as co-directing the Literature & Science Hub, I am on the steering committee for the Eighteenth-Century Worlds research centre. I would welcome enquiries regarding doctoral study of: literature, science and technology; energy humanities; the long eighteenth century; the early history of science fiction. 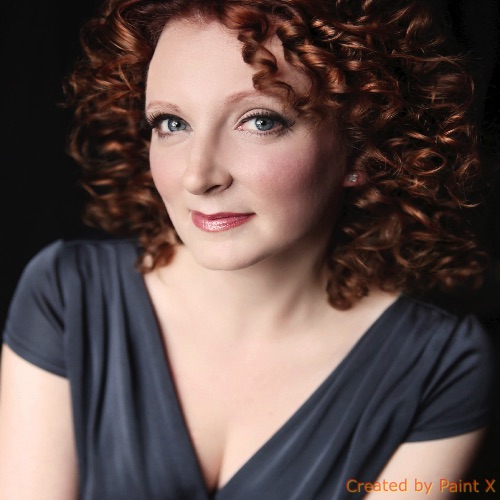 My current project, Mermaids of the British Isles c. 450 to 1500, is funded by a Leverhulme Research Fellowship. I'm interested in the different ways in which medieval and renaissance writers and artists used mermaids and their watery habitats to navigate topics such as war, religion, identity (personal and communal), and gender. As director of The Liverpool Players, I have produced a number of public events focused on human responses to natural and supernatural landscapes in early literature and drama, including Being Human: A Festival of the Humanities (2015 and 2016) and The British Academy Literature Week (2017). I enjoy writing for the media and making regular contributions to television and radio programmes (national and international). Personal highlights related to the Literature and Science Hub include my contribution on iron gall ink in BBC 4’s Oak Tree (2015), which won Royal Television Society Award for Best Science and Natural History Programme, a BBC Radio 3 Freethinking debate on man and animals (2016), features on mermaids for Radio New Zealand (2017) and ABC Radio National, Australia (2018), and a special issue on mermaids for The Big Issue (2019). 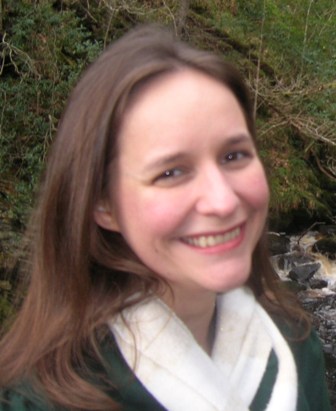 I am a Lecturer in English Literature with an interest in the symbiotic relationship between literature and psychology. I am predominantly a Victorianist and have published on George Eliot, Thomas Hardy, and Anthony Trollope. My work on Eliot concentrated on the link between nineteenth-century developments in the understanding of psychology and neurophysiology and her distinctive realist style. I am also fascinated by literary representations of psychopathy. In my most recent research, I have shifted my focus in terms of period and media to examine the complex interplay of psychology, criminology, and popular culture in shaping the image of the psychopath in Bryan Fuller’s television adaptation of the Hannibal Lecter novels. 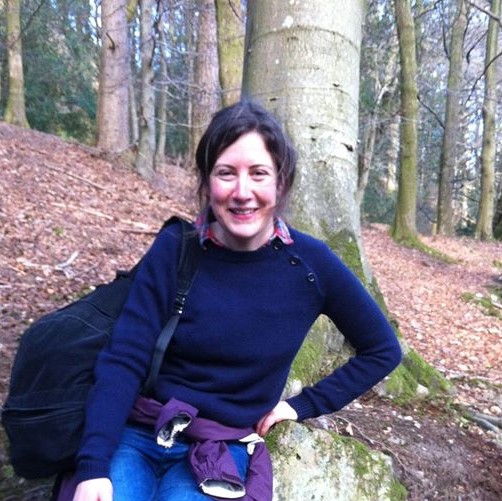 I am the William Noble Post-Doctoral Research Associate in English. My research interests are in poetry, nature writing, natural history and ornithology of the Romantic period (as well as more widely). My first book, Charlotte Smith and the Sonnet: Form, Place and Tradition in the Late Eighteenth Century, is forthcoming with Liverpool University Press. My postdoctoral project is on nightingales in literature, science and the environment from John Ray to John Clare. I am currently researching and writing Nightingale for the Reaktion press Animal series. I have spoken on radio 4 about my work on nightingales and will appear in the conservation documentary Last Song of the Nightingale out next year.

Gillian Rudd is a member of the English Department at the University of Liverpool, where, amongst other things, she teaches medieval literature and children’s literature. Her publications include Greenery: Ecocritical Readings of Late Medieval English Literature (MUP, 2007); various articles and chapters on mice, clouds, flowers, plants and pieces on Sir Gawain and the Green Knight and The Secret Garden. In the past she has also written on Charlotte Perkins Gilman’s short stories, but currently she is pondering ponds and the resilience of flowers. 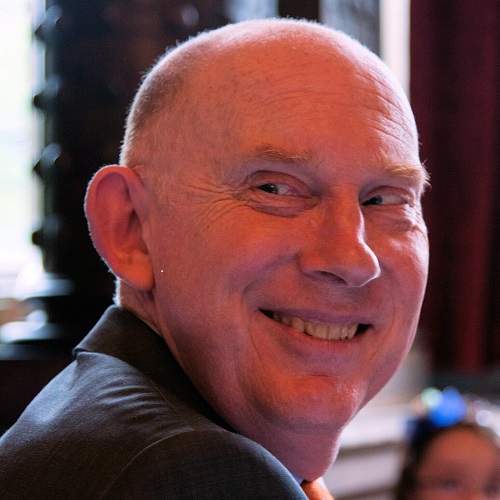 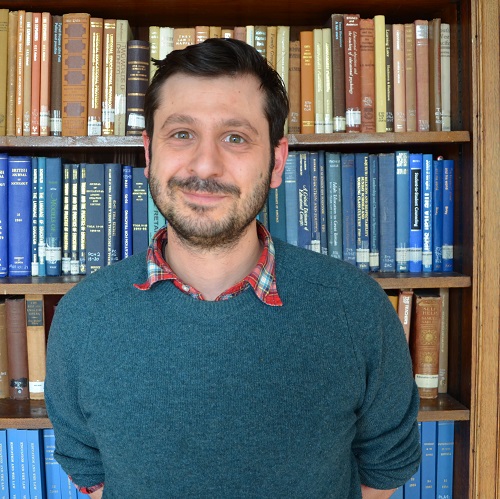 My primary research interests are the Environmental Humanities, contemporary literature (especially poetry). As well as being co-director of the Literature and Science Hub I am Environmental Humanities co-lead for the University's Centre for Health, Medical and Environmental Humanities. My first monograph, Poetry and the Anthropocene, explores questions of ecology, biology and technology in contemporary British and Irish poetry, and was published by Routledge in 2017. I have published widely about literature, science and environment for both an academic and public-facing outlets including The Independent, Art Agenda, The Times Literary Supplement, RA Magazine, Newsweek and the BBC, and I am a contributing editor for the arts journal The White Review.

Current projects and interests include: the aesthetics of climate change across literature, performance and visual culture; energy humanities (particularly ‘petro-culture’); the literary history of sweetness (especially, but not only, in relation to sugar); apocalypse; and the intersections of health and ecology. 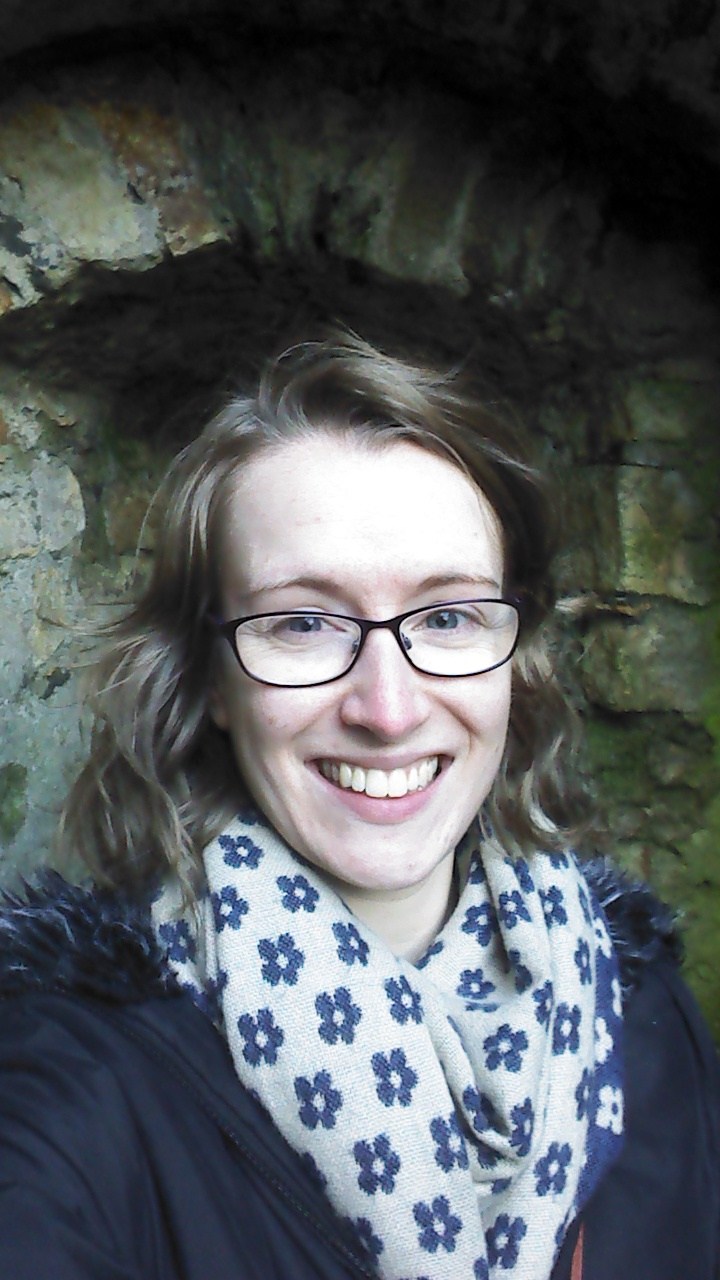 Co-host of LitSciPod: The Literature and Science Podcast, I remain fascinated by the interplay of the two cultures from the nineteenth century to the present day. My current book project concerns memory in the poetry of Thomas Hardy and Robert Frost, and published articles include ones on memory in Ishiguro’s novels; materiality and musical haptics in Hardy's musical instrument poems; and recognition memory in Frost. More recently, I’ve begun researching the opium-containing soothing syrup Godfrey’s Cordial. With Godfrey’s mentioned across medical journals, social criticism, parliamentary reports, novels, ballads, national and regional newspapers and more, I’m tracing the rise in awareness of Godfrey’s, as well as the ways in which it reveals gender, class and professional biases.

I’m also interested in the mutual improvement movement in nineteenth-century Wales, using a BAVS Research Grant to explore regional archives. These all-embracing educational societies defy the two cultures at every turn. I won the 2019 annual ASLE-UKI/INSPIRE Public Lecture Competition and spoke at the Hay Festival on tree-felling in nineteenth-century poetry. A former teacher, I’m passionate about linking research to school provision. You can find the C19th non-fiction GCSE English Language resources I’ve previously created here as well as those on this website. 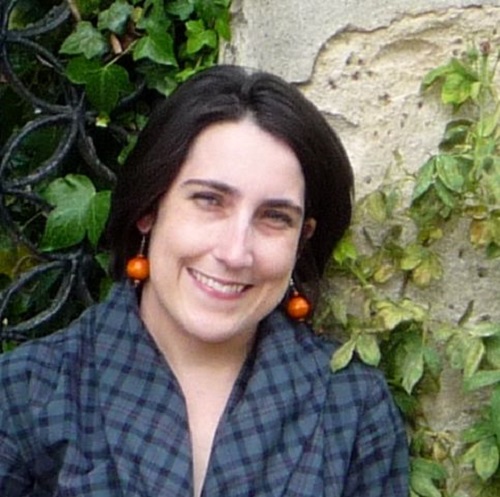 My most recent book is Weatherland (2015), which explores the changing relationships between art and atmosphere in England from the Anglo-Saxon period to the present. I have ongoing interests in calendars, almanacs, and (particularly) representations of the months and seasons. Much of my work has been on sense of place in British art, literature and culture. I have published on a number of English landscape painters, garden writing, and local history, and am always keen to think about the “environment” of particular places.

Adeline Johns-Putra's research expertise lies in ecocriticism, especially the relationship between climate and literature. She also has research interests in women's writing of the British Romantic age (1780-1830) and in epic poetry.

Having been involved in researching climate fiction since 2009, Adeline published some of the earliest research papers on the topic. Her monograph Climate Change and the Contemporary Novel and her edited volume Climate and Literature were published by Cambridge University Press in 2019.

Adeline is currently Professor of Literature at XJTLU, an Honorary Professor at the University of Hong Kong, and a Fellow of the Royal Society of Arts. She was President of the Association for the Study of Literature and the Environment, UK and Ireland (ASLE-UKI) from 2011 to 2015.

After gaining her PhD in Australia, Adeline began her career at the University of Tampere in Finland. She went on to academic positions at the universities of Exeter and Surrey in the UK, before moving to XJTLU in 2020.

I am an Associate Professor at University of Wisconsin specializing in environmental modernism, ecocriticsm, and 21st century climate literature; my collaborative partnership with the Literature and Science Hub began with a Fulbright Scholar Grant to University of Liverpool in spring 2019. In my first book, Ecocriticism in the Modernist Imagination: Forster, Woolf, and Auden (Cambridge UP, 2016) I show how the signal techniques of modernism depict environments flush with non-human agency and subjectivity. The book acknowledges the longer pastoral tradition in literature, but also reflects my interest in ecocritical philosophies of embodiment and matter, queer ecocriticism, and animal studies.

Currently, I am working on a project tentatively titled Green Thinking (and yes, that uneasy relationship between imagination and action is one of the big questions that motivates my inquiry!).  Specifically, I am analyzing mid-century literature related to issues such as landscape conservation and pesticide use in order to trace how those representational strategies evolve into literary depictions of larger systems change and collective agency in contemporary climate literature. I am always interested in environmental pedagogy and public outreach too, which you can read more about in 'How Can Scholarly Work be Meaningful in an Era of Lost Causes?' (Green Letters, February 2019).