The doctoral dissertation took place on 11 December in the historic buildings of the University of Salamanca. 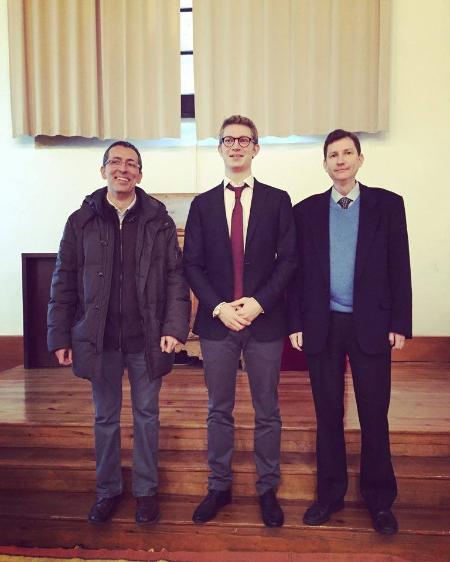 The 15th Century premises provided a contrasting background for the cutting-edge research presented by the fellow. In his project, the now Dr. Stockhausen has used some of the world’s most powerful laser beams, in collaboration with the University of Strathclyde, to investigate the dynamics of the plasma electrons that drive the acceleration of protons and heavy ions in thin foil targets. The results presented give an unprecedented insight into the complex mechanisms operating in the laser-plasma interaction, where relativistic effects – relativistically induced transparency – plays an important role.

The work also included computer simulations in which Dr. Stockhausen has been exploring the acceleration of protons and ions up to > 100 MeV energies by the radiation pressure exerted by ultra-intense laser pulses on sub-micrometer thin foil targets. One of the schemes proposed by Luca predicts the generation of 150 MeV proton beams with 10% energy dispersion with readily available laser systems.

The experimental realization of such a scheme would represent a huge step forward in the development of some of the applications envisaged for laser-driven accelerators, like particle therapy.