Mateusz Tyrk back to school

Why would a PhD fellow head back to primary school? Definitely no to develop his knowledge in physics, but to share it with the youngest researchers in the world – children.

One of the aims of Marie Curie ITN projects is to attract young people to science. LA3NET fellows do school visits and meet with children of different age to introduce them to science and the life of a scientist.

One of our fellows Mateusz Tyrk based at University of Dundee and originally from Poland visited three schools in his hometown region this month. 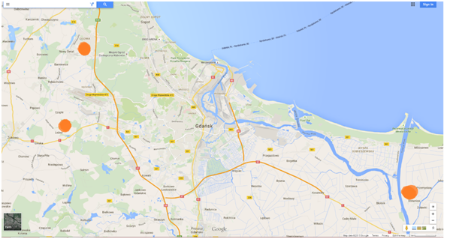 During the meetings he explained to kids who a scientist is and he took the opportunity to attract them with the life of a scientist by telling them about great opportunities of visiting and living in different countries when one becomes a physicist and joins a project like LA3NET. He told them about different schools, workshops, conferences and project meetings that he attended all over the world.

Mateusz introduced them briefly to his project and explained what nanoparticles, accelerators and electro-optics are and he also presented interesting experiments, which included: