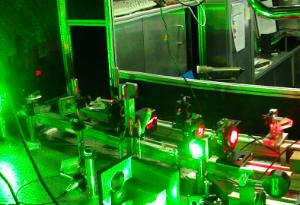 At a time when the fellows will be planning their future career it is worthwhile keeping track of what opportunities may be available such as the post-doc position at the LAL laboratory (Orsay, France) described below. CERN also have a fellowship for graduates which is also open to post- docs http://awake.web.cern.ch/awake/openpositions.html . In addition, the EU Project TEAM at the University of Liverpool is recruiting an EU Project Administrator http://www.liv.ac.uk/working/jobvacancies/currentvacancies/clerical_secretarial/s-576879/ to be based at the Cockcroft Institute.

The post-doc position at LAL is based on experimental characterization of sub-picosecond electron bunches obtained from the photoelectric effect and accelerated to several MeV in an accelerating structure. The‌ project main goal is to obtain femtocosecond electron bunches from a photoinjector coupled with a femtosecond shaped Ti:Sa laser on PHIL, a R&D photoinjector test line at LAL. Several phenomena occur following the electron emission at the cathode. The project is to measure the improvement in brightness by the nonlinear process of multiphoton emission. Simulations will be performed to validate the obtained performances measured on PHIL.

The postdoc is for two years starting in October 2015 and the deadline for applications is March 15, 2015. For further information and details on the application process please contact Christelle Bruni - LAL - bruni@lal.in2p3.fr

The fellowship at CERN is for an engineer/physicist with a strong background in high-power short-pulse lasers for work on AWAKE and CLIC projects at CERN.

The work will entail the development and support of laser systems used for the production of electron beams and ion plasmas as part of the CLIC and AWAKE projects. The Fellow will contribute to the laser technology aspects of the feasibility study for CLIC photoinjectors, in particular the generation of long trains of short (<10 ps) and intense laser pulses with a high pulse-to-pulse stability. The AWAKE project will use a terawatt-level laser to ionize rubidium vapour and generate plasma self-modulation instabilities, as required for wakefield acceleration of witness electrons by proton bunches from the CERN SPS accelerator. The electron beam will be produced with a photoinjector using a separate beam output of the same laser. The Fellow will contribute to design and tuning of the optical setup of the laser beams for AWAKE. Eventually he/she will participate in physics runs within the AWAKE collaboration.

For more information interested persons are invited to contact Dr. Valentin Fedosseev by e-mail valentin.fedosseev@cern.ch. The application documents must to be submitted before 2 March and the contract could be given for work starting from 1 July. The duration of CERN fellow contracts is up to 3 years. Persons with PhD get a senior fellow position with quite attractive salary and social package.  Details of the CERN fellowship programme and application procedure are described at http://jobs.web.cern.ch/job/11236