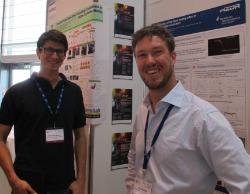 IPAC 2014 held in Dresden was packed and a highly productive event for LA³NET promotion. Prof. Carsten Welsch presented a poster on LA³NET: Improving Ion and Electron Beam Characteristics which focussed on the research the Fellows are conducting in this area as well as details of other project activity. This helped to direct delegates to where the Fellows themselves were displaying their own research results. The Fellows’ posters were:

Rob Ashworth from the EU T.E.A.M. was on hand throughout at the project’s industry booth to showcase LA³NET describing the project and answering questions from a constant stream of delegates. Material disseminated included copies of papers the Fellows have published in journals, the project brochure and flyers for future events. The opportunity for networking was fully exploited and in addition to the conference events the LA³NET Fellows were brought together with those from oPAC for a social meal together. 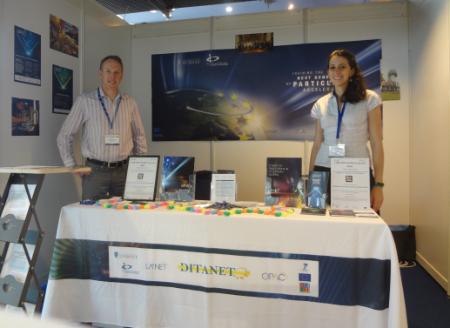