There was a huge response to the latest LA³NET workshop on Novel Acceleration Techniques demonstrating the interest this field is generating among accelerator and laser scientists. The event took place between 28-30 April 2014 hosted by the Helmholtz Zentrum Dresden-Rossendorf (HZDR) in Dresden with high level support including introductory talks from HZDR's Scientific Director Prof. Roland Sauerbrey welcoming delegates and providing an overview of research funding in Germany along with Prof. Ulrich Schramm who went into more detail about the on-site accelerator, lasers and medical facilities. Over 60 participants took part in the 3 day workshop including eight invited speakers and 23 contributed talks including presentations on the work achieved by five of the Fellows from LA3NET. Presentations are uploaded to be viewed on the workshop site.

‌As results from LA³NET are now emerging there was a substantial contribution from the project including talks from both CLPU fellows with Luca Stockhausen presenting his work on laser driven ion acceleration with ultra thin targets and Andreas Doepp describing results from his LA3NET project on Thomson backscattering experiments. 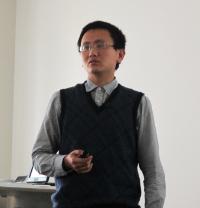 Pengnan Lu from HZDR also presented his work on preparation of the SRF gun beam transport system in ELBE. The final day was dedicated to scientific, medical and industrial applications with Prof. Ulrich Schramm from HZDR opened proceedings giving a tutorial-style talk on laser-driven proton therapy in OncoRay. This was followed by a view of the market and industrial activities towards medical applications of laser ion therapy delivered by Dr. Arnd Baurichter from Danfysik which neatly led into the final delegate contributions including Jakob Kraemer, the LA³NET fellow based with Danfysik who spoke about his work on electron beam dynamics for Thomson scattering. 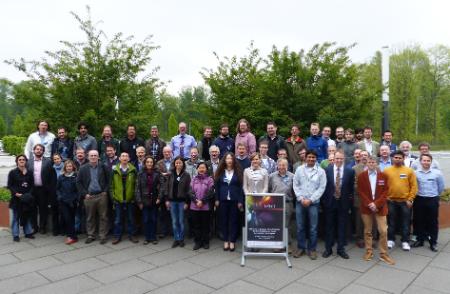 In dedicated sessions high power laser acceleration, particle beam driven plasma wakefield acceleration and dielectric laser acceleration were all presented in detail over the three days and current challenges and future R&D plans discussed. It was found that significantly more collaborative research and targeted training of early career researchers in this multi-disciplinary field was urgently required for Europe to keep its currently strong position.

The workshop is part of a series of events from the LA³NET network coordinated by the University of Liverpool and led by Professor Carsten P. Welsch. Dr. Rob Ashworth from the EU Project T.E.A.M. coordinated the organisation of the event and delivered talks describing LA³NET and funding opportunities that could support future research collaborations.

LA³NET are much obliged to HZDR for hosting the workshop. In particular, a special thank you to Dr. Jochen Teichert and Dr. Arie Irman for their help in developing the programme with the project steering committee and for successful implementation with strong support from LA³NET Fellow Jurjen Couperus. Also, many thanks to Petra Neumann for logistics organisation.