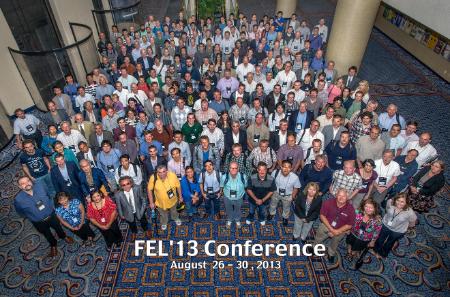 LA³NET has been promoted at the upcoming Free Electron Laser conference, FEL 2013 in New York at the end of August 2013 with a poster and paper contribution from Prof. Carsten Welsch. The detailed diagnostics of the shortest beam pulses in free-electron lasers still pose significant challenges to beam instrumentation. Electro-optical methods are a promising approach for the non-intercepting measurement of electron bunches under investigation at the University of Dundee within LA³NET.

In addition, STFC are working on timing systems with stability in the femtosecond regime based on mode-locked fibre laser optical clocks and length-stabilised optical fibre distribution. Future LA³NET events‌‌ have also been promoted.